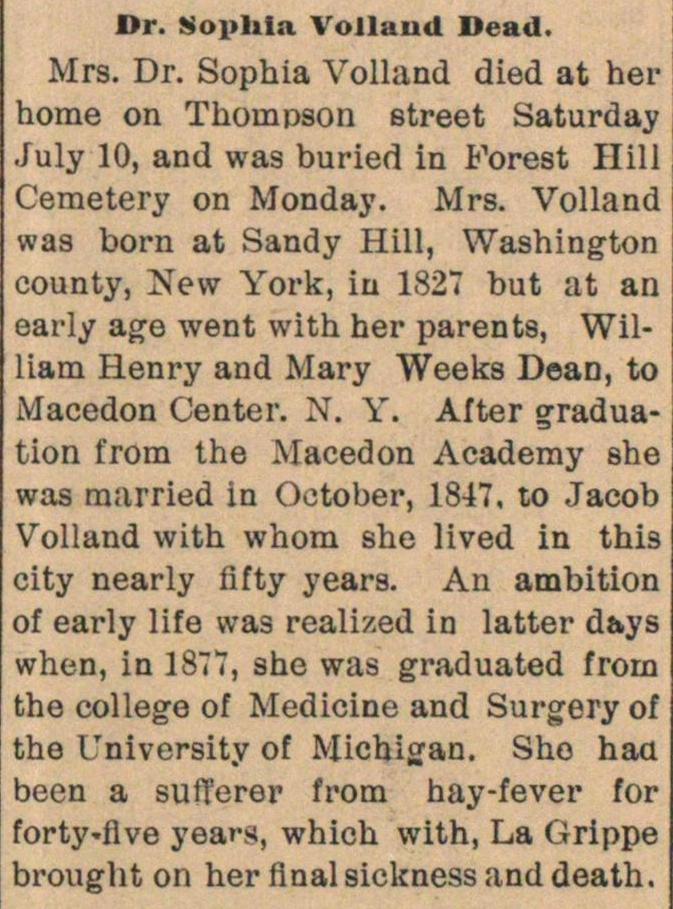 Mrs. Dr. Sophia Volland died at her home on Thompson street Saturday July 10, and was buried in Forest Hill Cemetery on Monday. Mrs. Volland was born at Sandy Hill, Washington oounty, New York, in 1827 but at au early age went with her parents, William Henry and Mary Weeks Dean, to Macedón Center. N. Y. After graduation from the Macedón Academy she was married in Ootober, 1847, to Jacob Volland with whom she lived in this city nearly fifty years. An ambition of early life was reali.ed in latter d&ys when, in 1877, she was graduated frorn the college of Medicine and Surgery of the University of Michigan. Sho haa 3een a sufferer from hay-fever for brty-flve years, which with, La Grippe jrought on her final sickness and death.