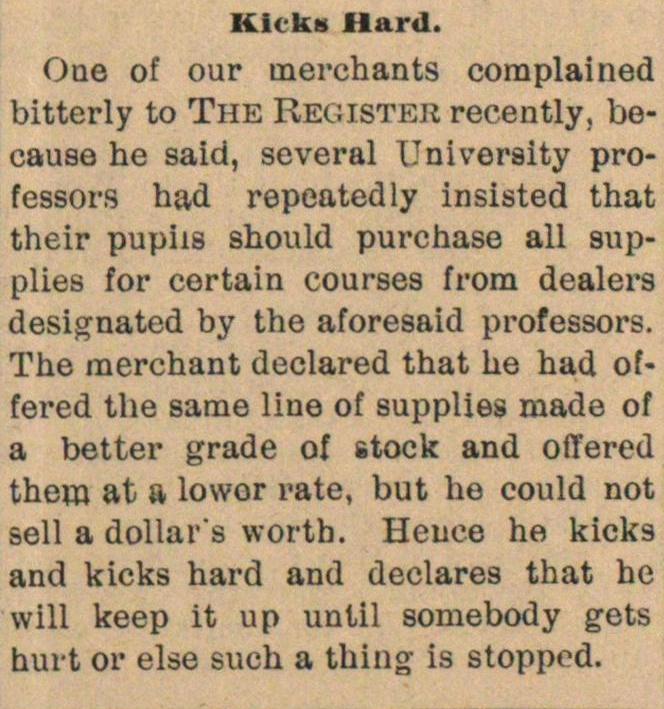 One of our tnerehants complained bitterly to The Register recently, because he said, several University proessors had repeatedly insisted that their pupiis should purchase all supplies for certain coursea from dealers designated by the aforesaid professors. The merchant declared that he had ofered the same line of supplies made of a better grade of stock and offered hem at a lowor rate, but he could not sell a dollars wortb. Heuce he kick9 and kicks hard and declares that he vill keep it up until somebody gets hurt or else such a thing is stoppcd.