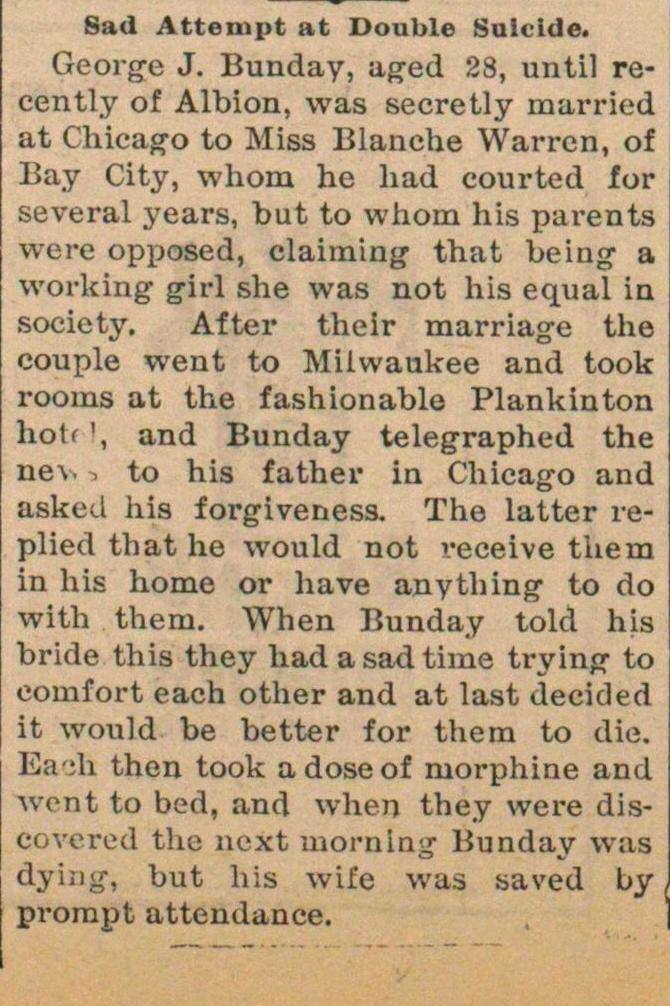 Georg-e J. Bunday, aged 28, until recently of Albion, was secretly married at Chicago to Miss Blanche Warren, of Bay City, whom he had courted for several years, but to whom his parents were opposed, claiming that being a working girl she was not his equal in society. After their marriage the couple went to Müwaukee and took rooms at the fashionable Plankinton hotf ', and Bunday telegraphed the ne. to his father in Chicago and askeel his forgiveness. The latter replied that he would not veceive them in his home or have anything to do with them. When Bunday told his bride this they had asad time trying to comfort each other and at last decided it would be better for them to die. Each then took adose of morphine and wont to bod, and when they were disCovered the next mornlng Bunday w;is dying, but his wife was saved by ( prompt attendance.