How To Make Koumiss 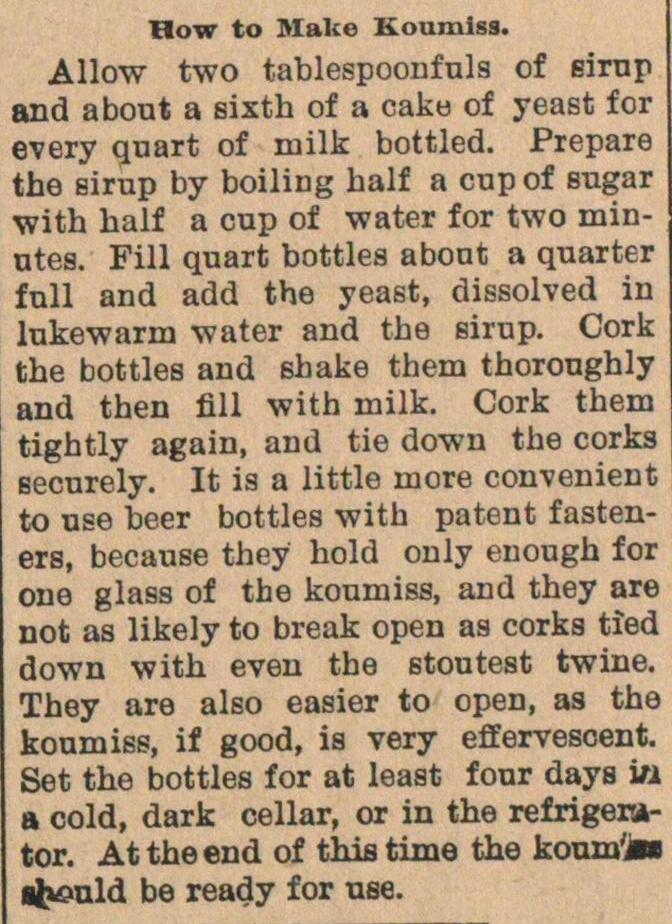 Allow two tablespoonfuls of sirtip and abont a sixth of a cakn of yeast for every qnart of milk bottled. Prepare the sirup by boiling half a cup of eugar with half a cup of water for two minutes. Fill quart bottles abont a quarter full and add the yeast, dissolved in lukewarm water and the sirup. Cork the bottles and shake them thoroughly and then fill with milk. Cork them tightly again, and tie down the corks eecurely. It is a little more convenient to use beer bottles with patent fasteners, because they hold only enough for one glass of the koumiss, and they are not as likely to break open as corks tïed down with even the stoutest twine. They are also easier to open, as the koumiss, if good, is very effervesoent. Set the bottles for at least four days in a cold, dark cellar, or in the refrigeMtor. At the end of this time the koum'JM ifcould be ready for use.