A Story Of Lincoln 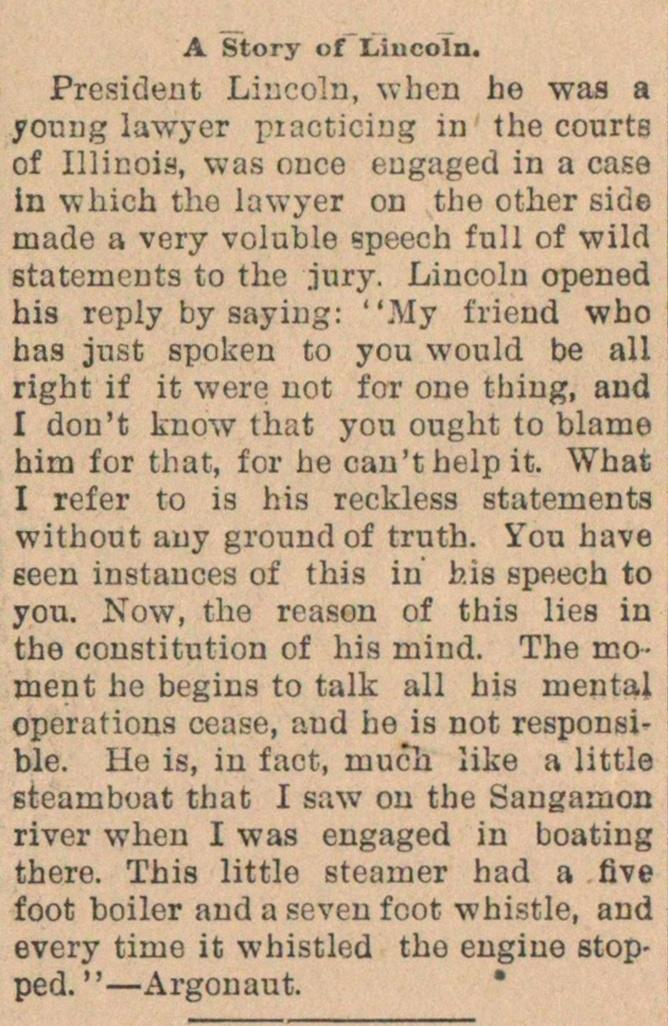 President Lincoln, wlicn he was a yomig lawyer practicius; in the courts of Illicois, was once engaged in a case in which the lawyer on the other side made a very voluble speech full of wild statements to the jury. Lincolu opeiied his reply by sayiug: "My friend who haa just spoken to you would be all right if it were not for one thing, and I don 't know that you ought to blame him for that, for he cau'thelpit. What I refer to is his reckless statements without any ground of truth. You have seen instauces of this in his speech to you. Now, the reason of this lies in the constitution of his miud. The moment he begins to talk all his mental operations cease, and he is not responsible. He is, in fact, much like a little steamboat that I saw on the Sangaraon river when I was engaged in boating there. This little Bteamei had a flve foot boiler and a seven fcot whistle, and every time it whistled tho engine