His By Right Of Discovery 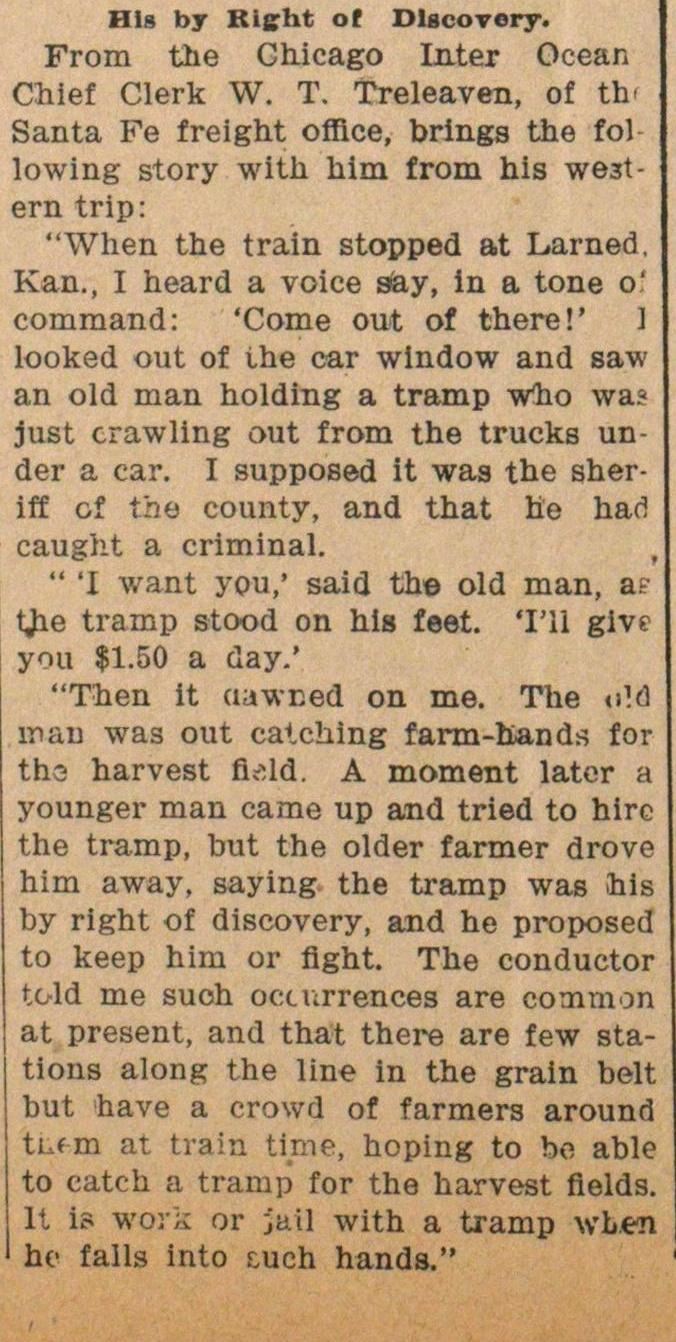 From the Chicago later Ocean Chief Clerk W. T. Treleaven, of th' Santa Fe freight office, brings the fo) lowing story with him from his western trip: "When the train stopped at Larned. Kan., I heard a voice aay, In a tone o' command: 'Come out of there!' I looked out of the car window and saw an old man holding a tramp who was just erawling out from the trucks under a car. I supposed it was the sheriff of the county, and that he hací caught a criminal. " 'I want you,' said the old man, a? yie tramp stood on his feet. TH give you $1.50 a day.' "Then it aawr.ed on me. The o!d inau was out calching farm-hands for tha harvest fiíld. A moment later a younger man carne up and tried to hirc the tramp, but the older farmer drove him away, saying the tramp was his by right of discovery, and he proposed to keep him or fight. The conductor told me suoh occurrences are cooimon at present, and that there are few stations along the line in the grain belt but have a crowd of farmers around tLf m at train time, hoping to bo able to catch a tramp for the harvest flelds. H is work or iail with a tramp vlj.en he falls into cuch hands."