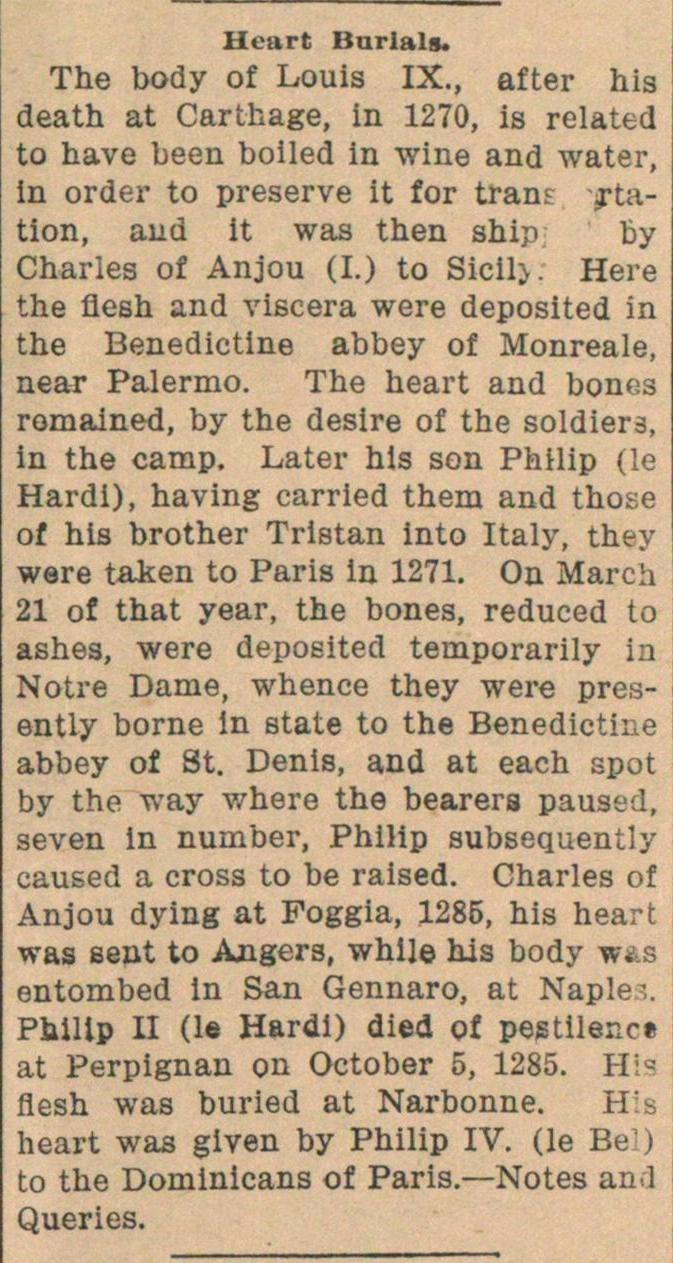 The body of Louis IX., after his death at Carthage, in 1270, is related to have been bolled in wine and water, in order to preserve it for trans ■tation, aud it was then ship by Charles of Anjou (I.) to Sicil. Here the fiesh and viscera were deposited in the Bénédictine abbey of Monreale, near Palermo. The heart and bones romained, by the desire of the soldier3, in the camp. Later his son Philip (Ie Hardl), having carried them and those of his brother Tristan into Italy, they were taken to Paris in 1271. On March 21 of that year, the bones, reduced to ashes, were deposited temporarily in Notre Dame, whence they were presently borne in state to the Bénédictine abbey of Bt. Denis, and at each spot by the way where the bearers paused, seven in number, Philip subsequently caused a cross to be raised. Charles of Anjou dying at Poggia, 1286, his heart was sent to Angers, while hia body w&s entombed in San Gennaro, at Naple;. Philip II (Ie Hardi) died of pestüer.c at Perpignan on October 5, 1285. Hls flesh was buried at Narbonne. Hls heart was given by Philip IV. (Ie Be 'j