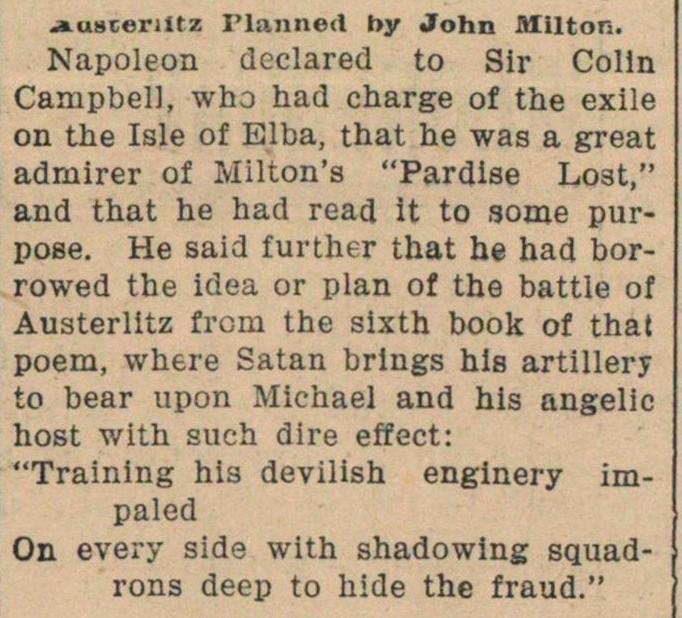 Napoleon declared to Sir Colln Campbell, who had charge of the exile on the Isle of Elba, that he was a great admirer of Milton's "Pardlse Lost," and that he had read it to aome purpose. He said fuither that he had borrowed the idea or plan of the battle of Austerlitz frcni the slxth book of that poem, where Satan brlngs hls artillerj to bear upon Michael and hls angelic host with sueh dire effect: "Training his devilish enginery impalod On every side with shadowing squadrons deep to hide the fraud."