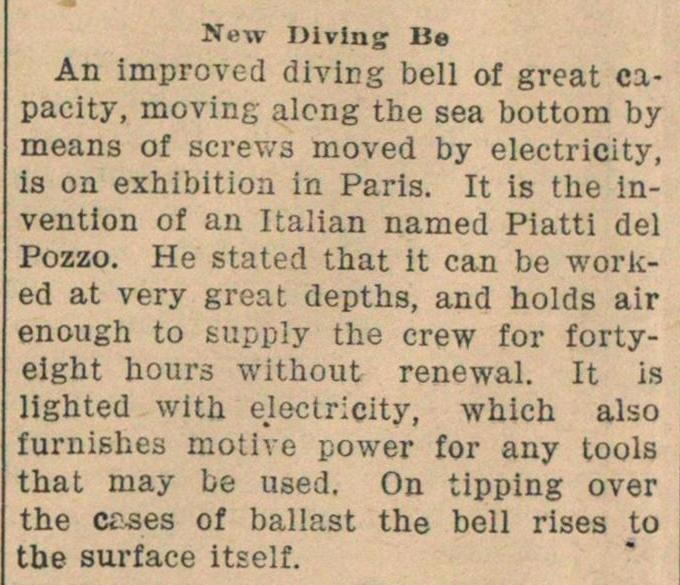 An improvea diving bell of great capacity, moving alcng the sea bottom by means of screws moved by electricity, is on exhibition In Paris. It is the Invention of an Italian named Piatti del Pozzo. He stated that it can be worked at very great depths, and holds air enough to supply the crew for fortyeight hours without renewal. It is lighted with e.lectricity, which also furniEhes motive power for any tools that may be used. On tipping over the ceses of ballast the bell rises to the surface itself.