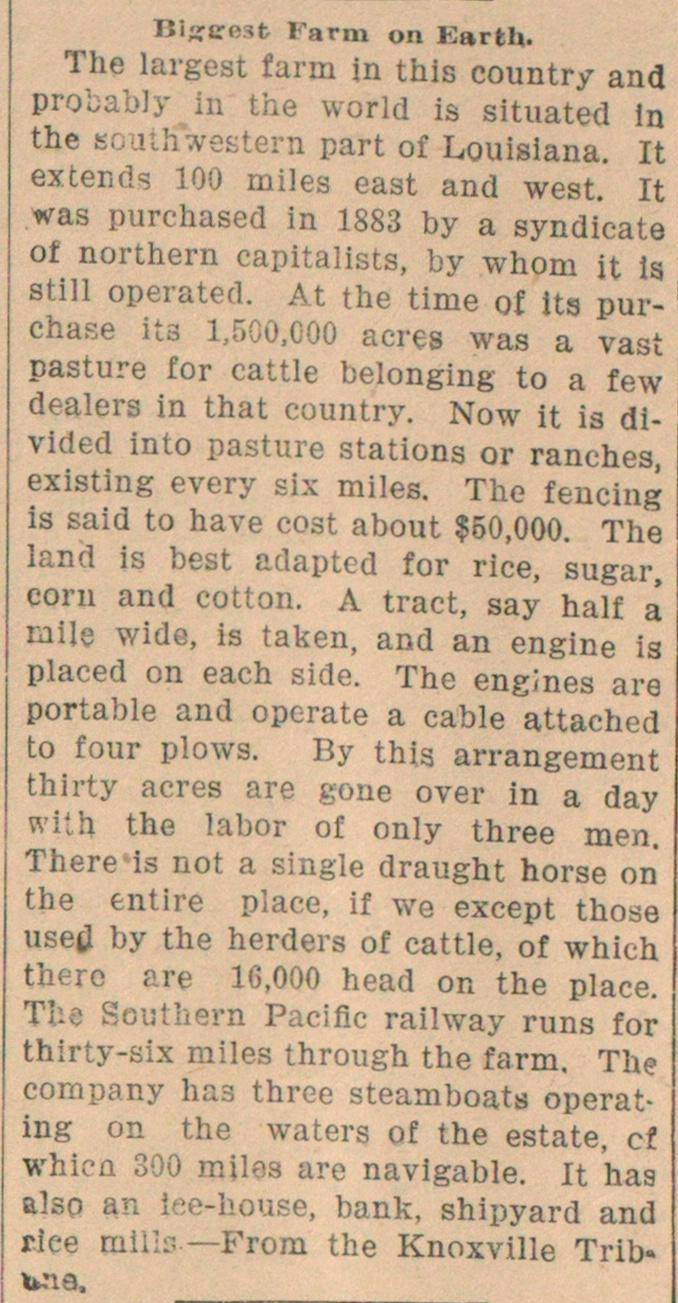 The largest farm in this country and probably in the world is situated in the e ;n part of Louisiana. I ex ter. ds 100 miles east and west. I was purchased in 1883 by a syndi'cat of northern capitalists, by whom it 1 still operated. At the time of lts pinchase ite 1,500,000 acres was a vas pasture for cattle belonging to a few dealers in that country. Now it is di vided into pasture stations or ranches existing every six miles. The fencing is said to have cost about ?50,000. The land is best adaptcd for rice, sugar corn and cotton. A tract, say half a mile wide, is taken, and an engine i placed on each side. The engJnes ara portable and opérate a cable attached to four plows. By this arrangement thirty acres are gone over in a day wiih the labor of only three men. Thereis not a single draught norse on the entire place, if we except those used by the herders of cattle, of which thero are 16,000 head on the place. Xoutliern Pacific railway runs for thirty-six miles through the farm. The company has three steamboats operating on the waters of the estáte, cf whien 300 railas are navigable. It has also an e-house, bank, shinvard and