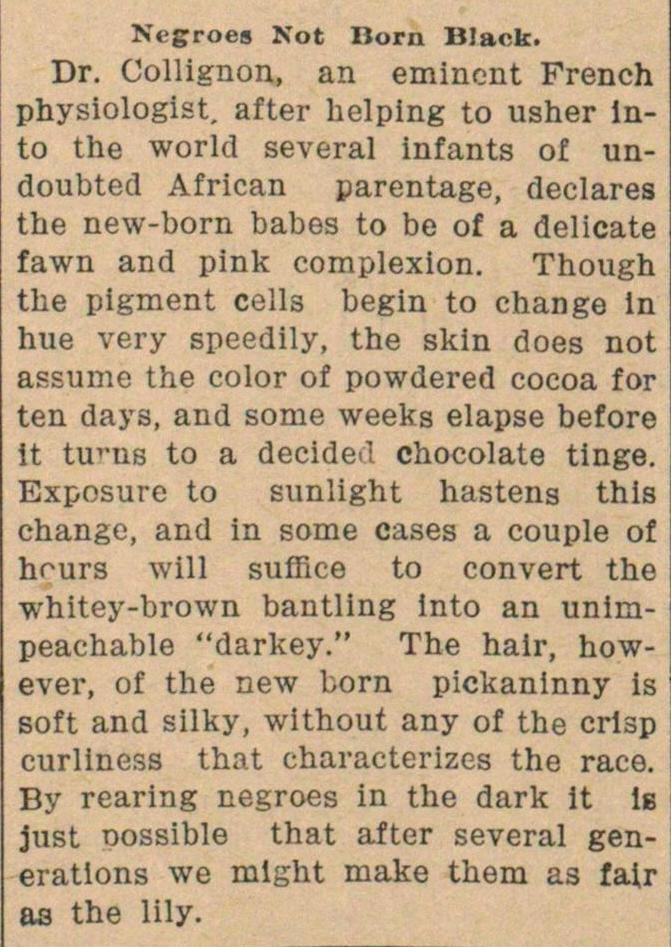 Dr. Collignon, an eminent French physiologist. after helping to usher Into the world several infants of undoubted African parentage, declares the new-born babes to be oL a delicate fawn and pink complexion. Though the pigment cells begin to change in hue very speedily, the skin does not aRsume the color of powdered cocoa for ten days, and some weeks elapse before lt turns to a decideil chocolate tinge. Exposure to sunlight hastens this chango, and in some cases a couple of hrurs will suffice to convert the whitey-brown bantling into an uniinpeachable "darkey." The halr, however, of the new born pickaninny is soft and silky, without any of the crlsp curliness that characterizes the race. By rearing negroes in the dark it Is just oossible that after several generatlons we mlght make them as fair as the lily.