It Makes A Fine Studio 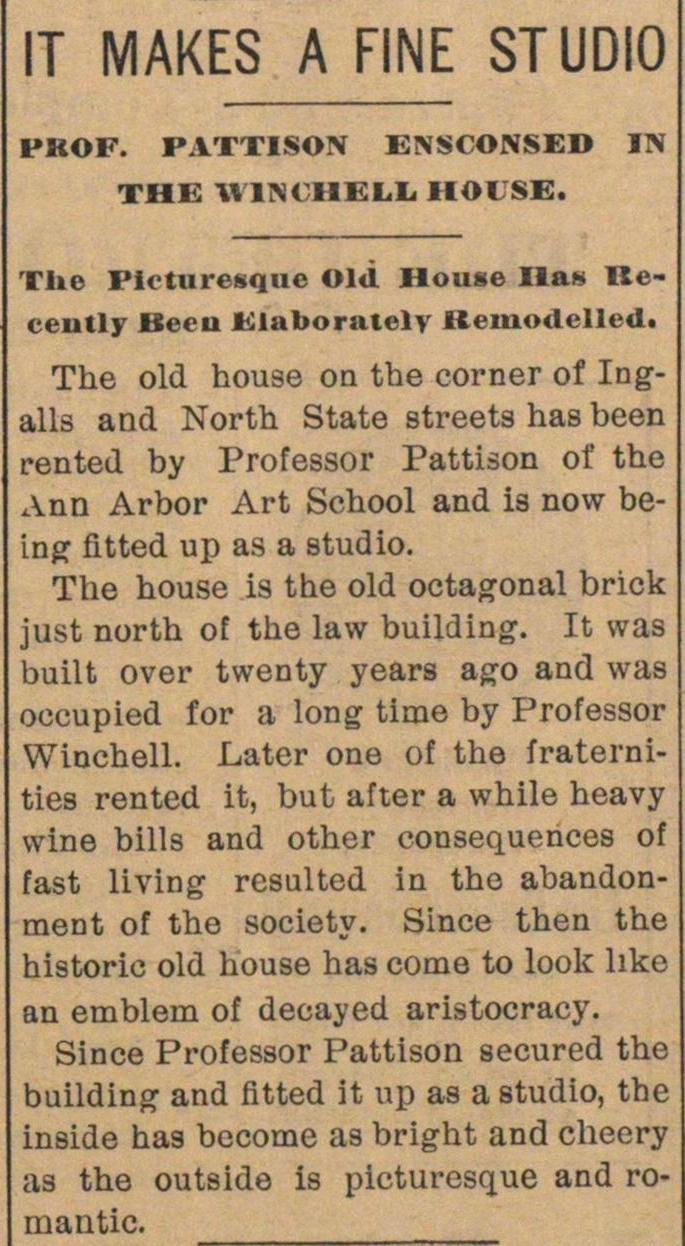 The old house oq the corner of Ingalls and North State streets has been rented by Professor Pattison of the Ana Arbor Art School and is now being fitted up as a studio. The house is the old octagonal brick just north of the law building. It was built over twenty years ago and was occupied for a long time by Professor Winchell. Later one of the fraternities rented it, but after a while heavy vvine bilis and other consequences of fast living rcsulted in the abandonment of the society. Since then the historie old house has come to look like an etnblem of deeayed aristocracy. Since Professor Pattison secured the building and fitted it up as a studio, the inside has bocome as bright and cheery as the outside is picturesque and romantic.