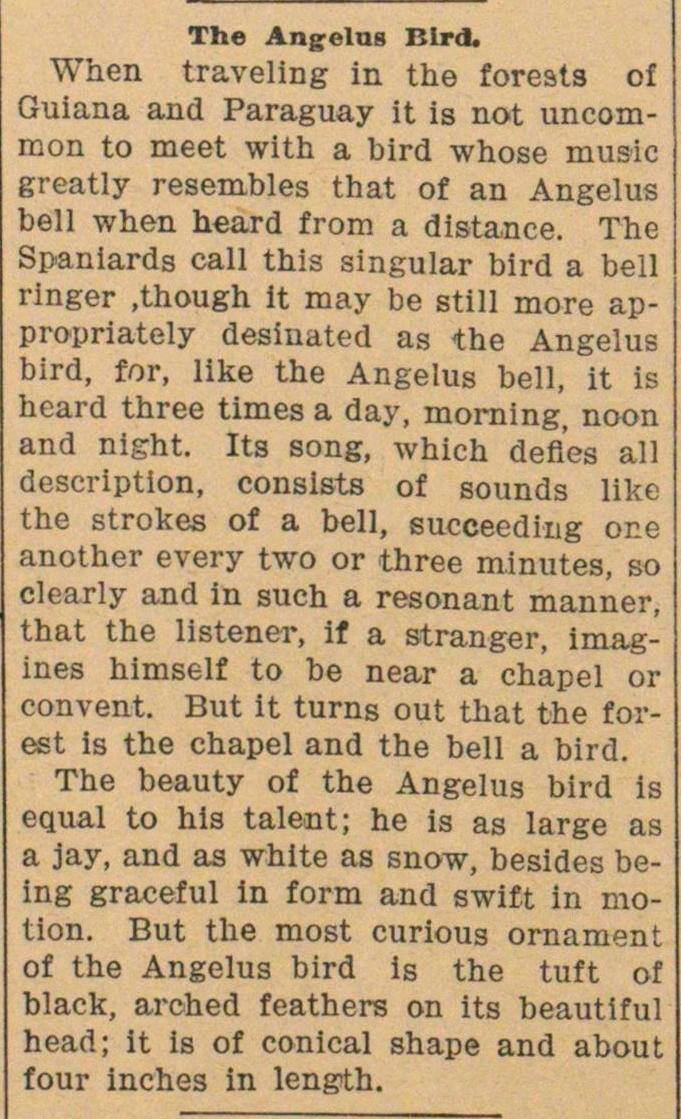 When traveling in the foresta oí Guiana and Paraguay it is not uncommon to meet with a bird whose music greatly resembles that of an Angelus bell when heard from a distance. The Spaniards cali this singular bird a bell ringer .though it may be still more appropriately desinated as the Angelus bird, for, like the Angelus bell, it is heard three times a day, morning, noon and night. lts song, which defi'es all description, consista of sounds like the strokes of a bell, succeeding or.e another every two or three minutes, so clearly and in such a resonant manner, that the listener, if a stranger, imagines himself to be near a chapel or convent. But it turns out that the forest is the chapel and the bell a bird. The beauty of the Angelus bird is equal to hls talent; he is as large as a jay, and as white as snow, besides being graceful in form and swift in motion. But the most curious ornament of the Angelus bird is the tuft of black, arched feathers on its beautiful head; it is of conical shape and about four inches in length.