Hunt Alligators For A Living 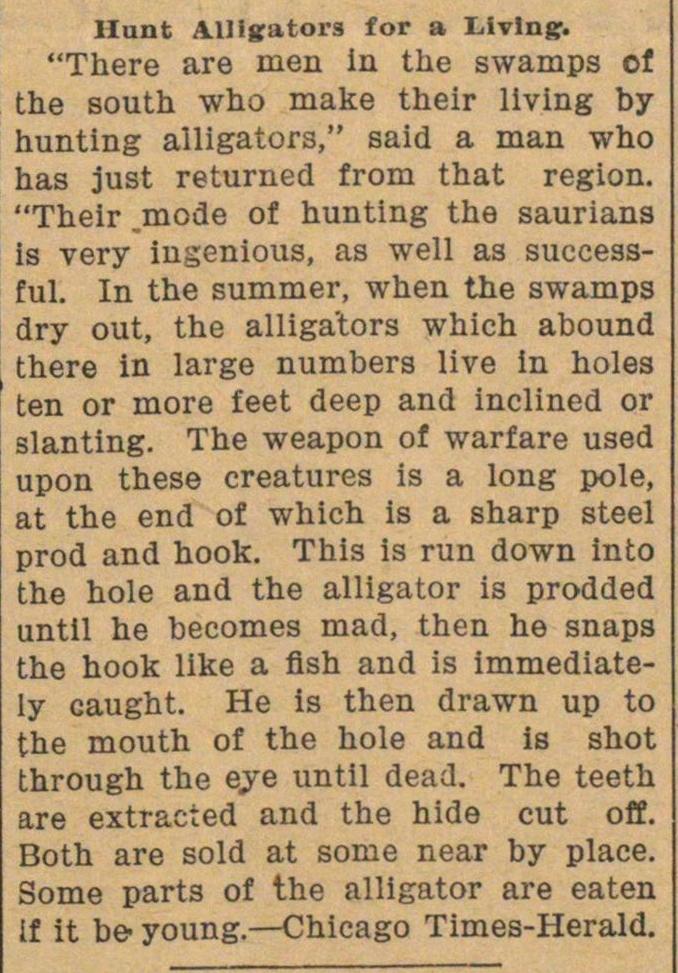 "There are men In the swamps ei the south who make their living by hunting alligators," said a man who has just returned from that región. "Their .mode of hunting the saurians is very ingenious, as well as successful. In the summer, when the swamps dry out, the alligators which abound there in large numbers live in holes ten or more feet deep and inclined or slanting. The weapon of warfare used upon these creatures is a long pole, at the end of which is a sharp steel prod and hook. This is run down into the hole and the alligator is prodded until he becomes mad, then he snaps the hook like a flsh and is immediately caught. He is then drawn up to the mouth of the hole and is shot through the eye until dead. The teeth are extracted and the hide cut off. Both are sold at some near by place. Some parts of the alligator are eaten