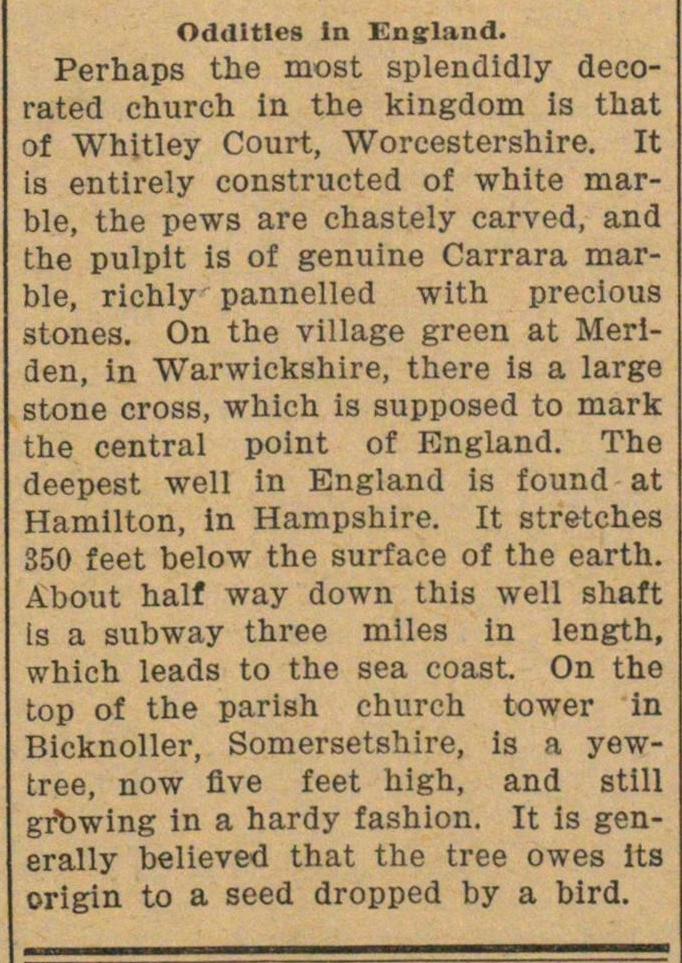 Perhaps the most splendidly deeorated church in the kingdom is that of Whitley Court, Worcestershire. It is entirely constructed of white marble, the pews are chastely carved, and the pulpit is of genuine Carrara marble, richly pannelled with precious stones. On the village green at Meriden, in Warwickshire, there is a large stone cross, which is supposed to mark the central point of England. The deepest well in England is found at Hamilton, in Hampshire. It stretches 350 feet below the surface of the earth. About half way down this well snaft Is a subway three miles in length, which leads to the sea coast. On the top of the parish church tower in Bicknoller, Somersetshire, is a yewtree, now five feet high, and stül grtwing in a hardy fashion. It is generally believed that the tree owes lts origin to a seed dropped by a bird.