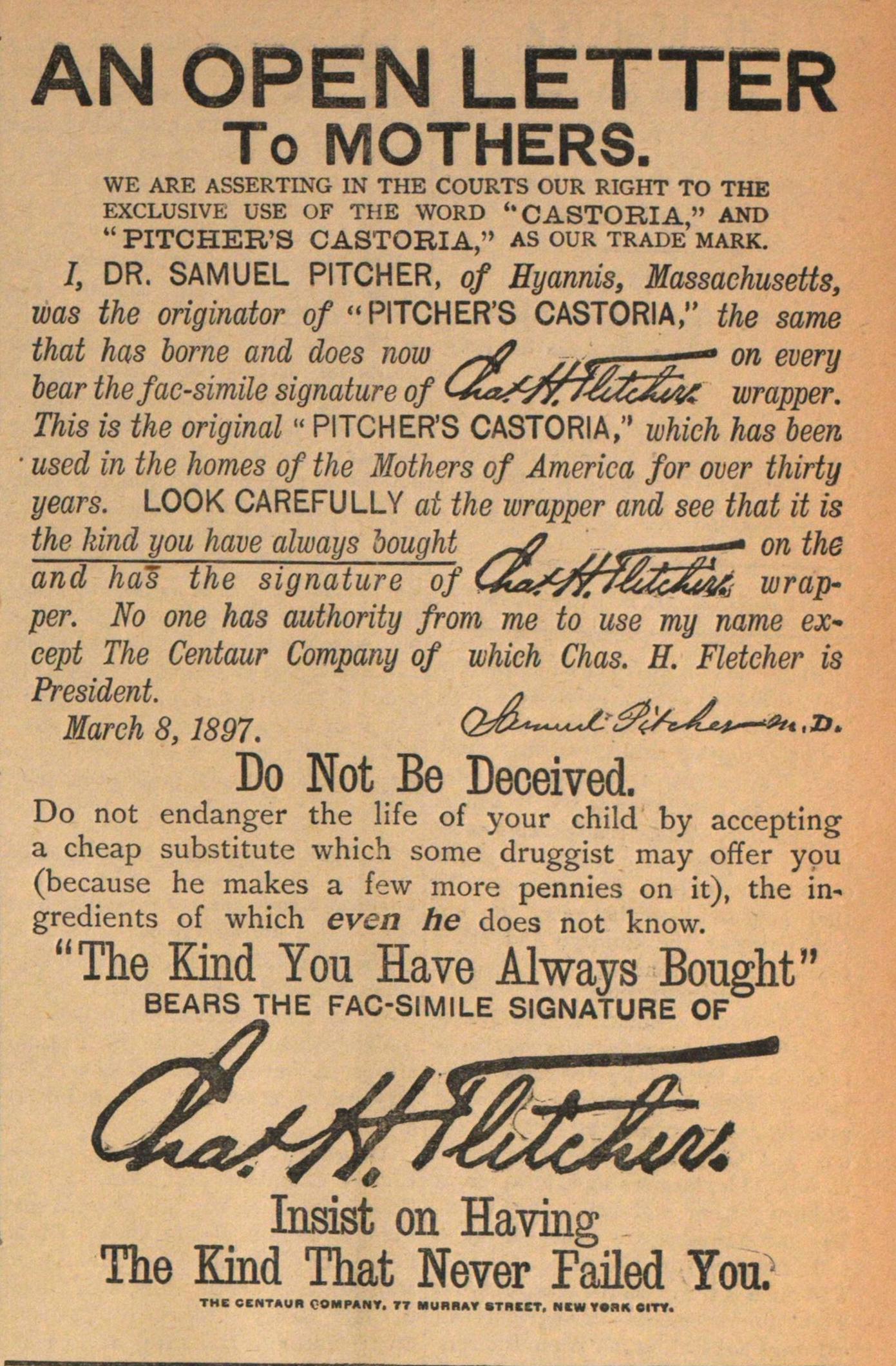 To MOTHERS. WE ARE ASSERTING IN THE COURTS OUR RIGHT TO THE EXCLUSIVE USE OF THE WORD " CASTOR! A," AND "PITCHER'S CASTORIA," AS OUR trade'mark. I, DR. SAMUEL PITCHER, of Hyannis, Massachusetts, was the originator of "PITCHER'S CASTORIA," the same that has borne and does now - on every bear the facsimile signature of (-Aa&x7ucÁ4C wrapper. This is the original " PITCHER'S CASTORIA," which has been ■ used in the homes of the Mothers of America for over thirty years. LOOK CAREFULLY ai the wrapper and see that it is the kind you have always bought -0 - on the and has the signature of (Jui&yfucL(44í wrapper. No one has authority from me to use my name exeept The Centaur Company of which Chas. H. Fletcher is President. . March 8, 1897. Q&u &L+-, it Do Not Be Deceived. Do not endanger the life of your child by accepting a cheap substitute which some druggist may offer you (because he maíces a few more pennies on it), the ingredients of which even he does not know. "The Kind You Have Always Bought" BEARS THE FAC-SIMILE SIGNATURE OF Insist on Having The Kind That Never Failed You; THE CCNTAU COMPNT, TT MUHHAY STRICT. NEW YSK CIT.