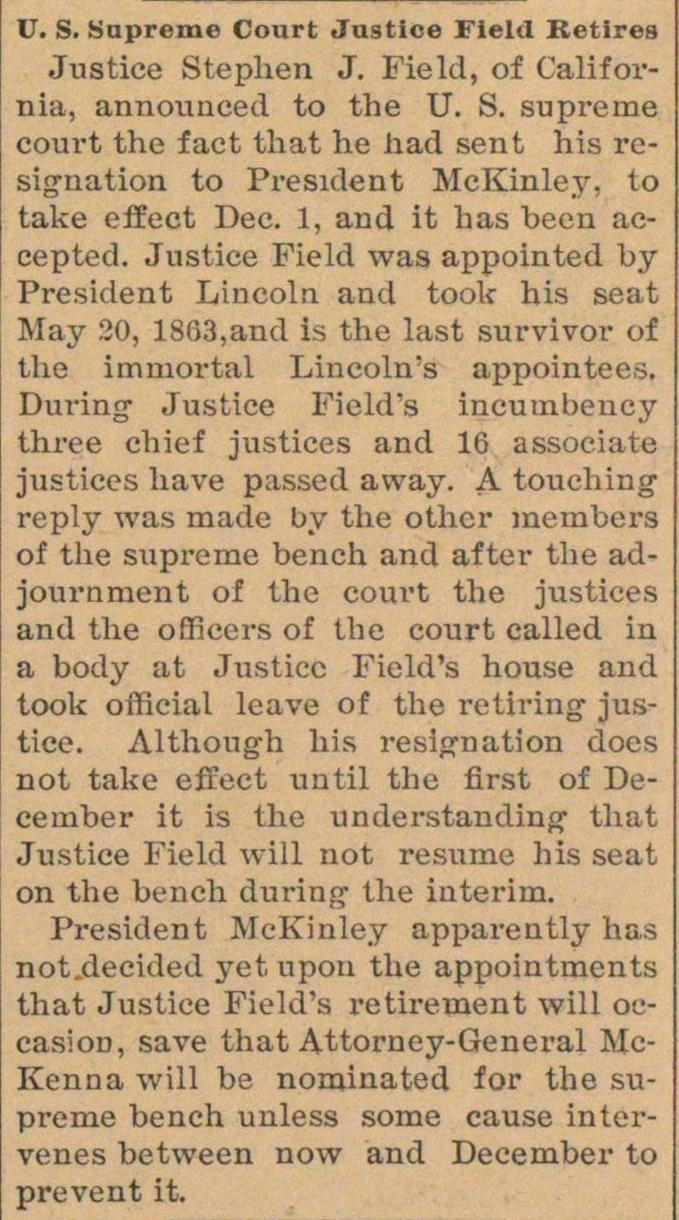 Jnstice Stephen J. Field, of California, announeed to the U. S. supreme court the fact that he had sent his resignation to President McKinley, to take effect Dec. 1, and it has been accepted. Justiee Field was appointed by President Lincoln and took his seat May 20, 1803, and is the last survivor of the immortal Lincoln's appointees. During Justiee Field's incumbency three chief justices and 16 assooiute justices have passed away. A touching reply was made by the othcr members of the supreme bench and after the adjournment of the court the justices and the officers of the court called in a body at Justicc Field's house and took official leave of the retiring justiee. Although his resignation does not take effect until the first of December it is the understanding1 that Justiee Field will not resume his seat on the bench during the interim. President McKinley apparently has not.decided yet upon the appointments that Justiee Field's retirement will oecasioD, save that Attorney-General McKenna will be nominated for the supreme bench unless some cause intervenes between now and December to prevent it.