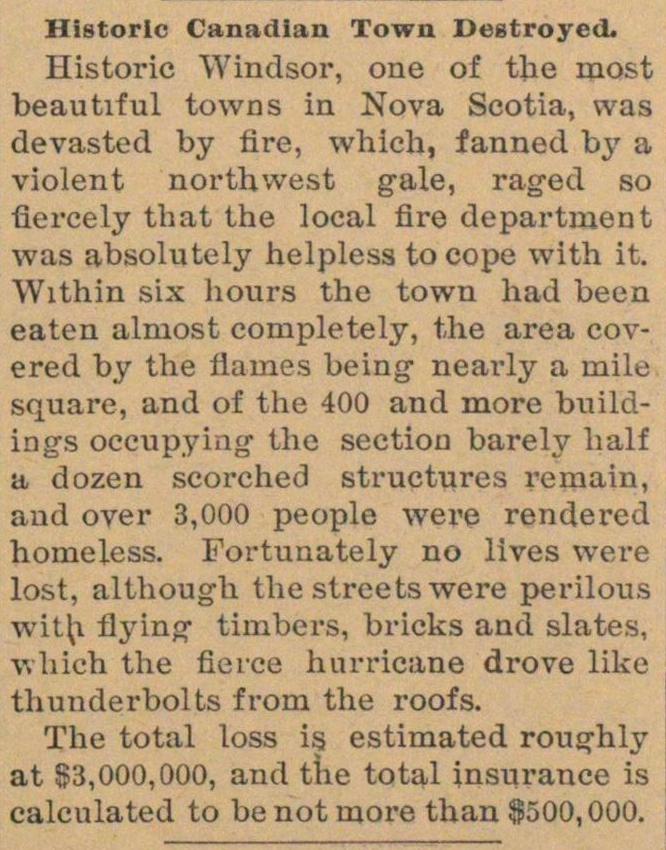 Historie Windsor, one of the mos-t beautiful towns íq Nova Seotia, was devasted by flre, which, fanned by a violent northwest gale, raged so fiercely tliat the local fire department was absolutely helpless to cope with it. Within six hours the town had been eaten almost completely, the area covered by the flames being1 nearly a mile square, and of the 400 and more buildings oecupying the sectioo barely half a dozen scorched structures remain, aud over 3,000 people were rendered homeless. Fortunately no lives were lost, although the streets were perilous with flyingf timbers, bricks and slates, which the fierce hurricane drove like thuuderbolts f rom the roofs. The total loss is estimated roug-hly at 83,000,000, and the total insurance is calculated to benot more than $500,000.