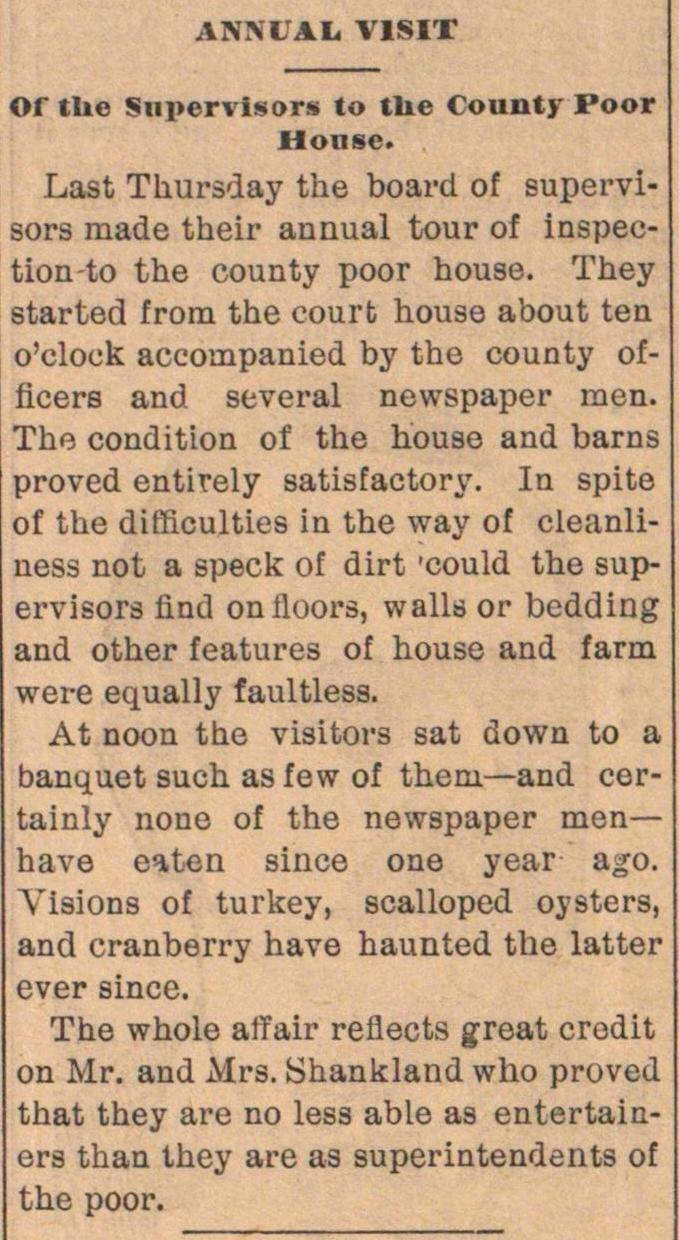 Last Thursday the board of superviors made their annual tour of inspecion-to the county poor house. They started from the court house about tea o'clock accompanied by the county officers and several newspaper men. Che condition of the house and barns roved entirely satisfactory. In spite of the difïiculties in the way of cleanliuess not a speek of dirt 'could the supervisors find onfloors, walls or bedding and other features of house and farm were equally faultless. At noon the visitors sat down to a banquet such as few of them - and certainly none of the newspaper men - have eaten since one year ago. Visions of turkey, scalloped oysters, and cranberry have hauoted the latter ever since. The whole affair reflects great crodit on Mr. and Mrs. Shankland wlio proved that they are no less able as entertainers than they are as superintendents of the poor.