Is He A Wild Man 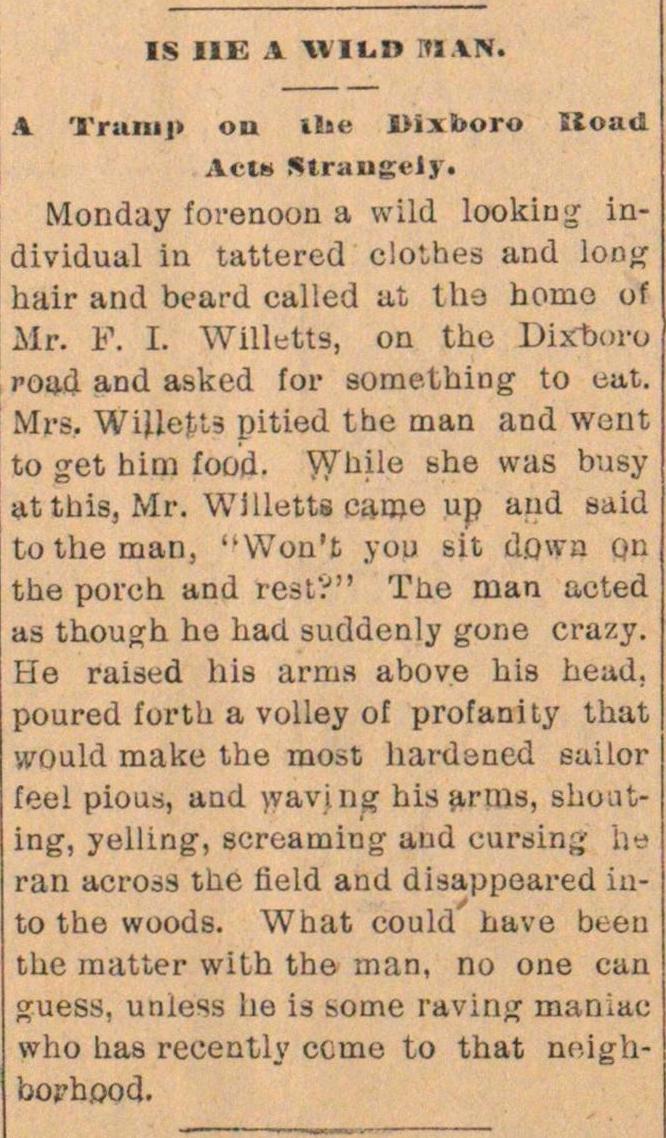 Monday forenoon a wild lookiu individual in tattered clothes and loog hair and beard called at the homo of Mr. P. I. Willetts, on the Dixbciro rond and asked for something to eat. Mrs. WUlefU pitied tbe man and went to get him food. While bhe was busy attüis, Mr. Willetts carne up, and said to the man, "Won't ,you sit down on the poroh and rest?" The man acted as though he liad suddenly gone crazy. He raised his arms above bis head. poured furth a volley of profanity that would make the most hardaned eailor feel pious, and waving bisarais, shonting, yelling, screaming aud cursin' ha rail across tbe field and disappeared iuto the woods. What could have boen the matter with the man, no one can guess, unless he is some ravins maniac who bas recently ccme to that ncighbophood.