Murder In The First Degree 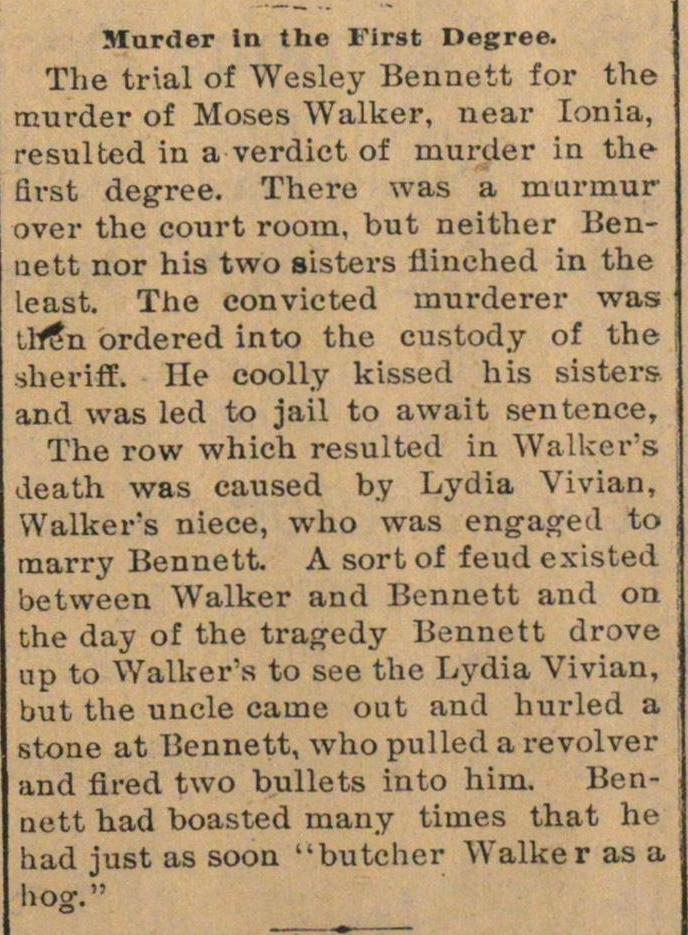 The trial of Wesley Bennett for the murder of Moses Walker, near Ionia, resulted in a verdict of murder in the Srst degree. There was a murmur over the court room, but neither Benuett nor his two sisters ninehed in the least. The convicted murderer was; iWfn ordered into the custody of the sheriff. He coolly kissed his sisters and was led to jail to await sentonee, The row which resulted in Walker's death was caused by Lydia Vivian, Walkers niece, who was engaged to marry Bennett. A sortof feud existed between Walker and Bennett and on the day of the tragedy Bennett drove iip to Walker's to see the Lydia Vivian, but the uncle came out and hurled a stone at Bennett, who pulled a revolver and fired two bullets into him. Benoett had boasted many times that he had just as soon "butchcr Walker as a liog."