When The Old U. S. Cruiser Yantic 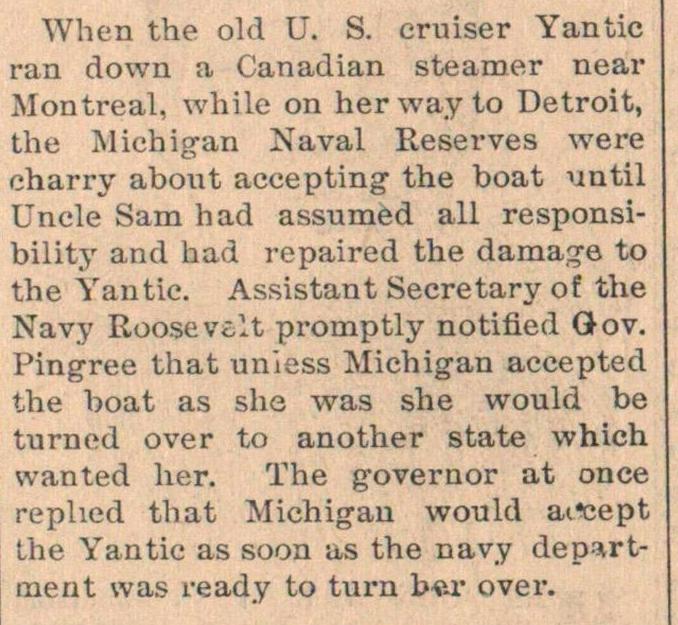 ran down a Canadian steamer near Montreal, while on herway to Detroit, the Michig-an Naval Reserves were charry about accepting the boat vintil Uncle Sam had assumed all responsibility and had repaired the damage to the Yantic. Assistant Secretary of the Navy Roosev'.t promptly notified Qov. Pingree that uniess Michigan accepted the boat as she was she would be turned over to another state which wanted her. The governor at once replied that Michigan woiald aiept the Yantic as soon as the navy department was ready to turn b?.v over.