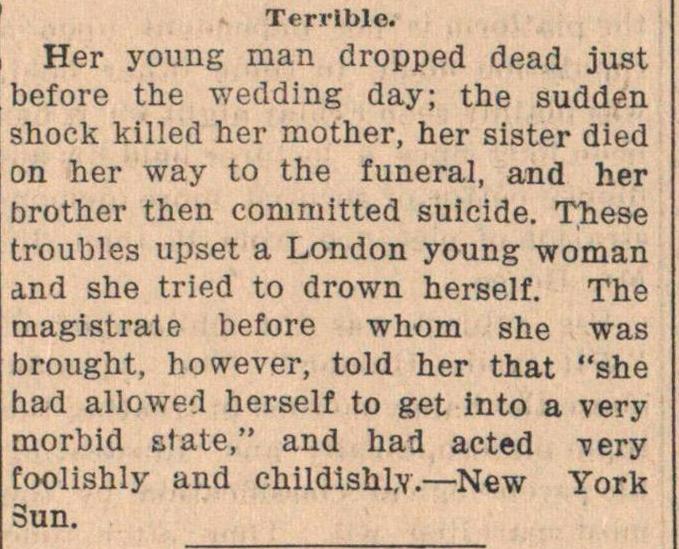 Her young man dropped dead just bef ore the wedding day; the sudden shock killed her mother, her sister died on her way to the funeral, and her brother then committed suicide. These troubles upset a London young woman and she tried to drown herself. The magistrate bef ore whom she was brought, however, told her that "she had allowed herself to get into a very morbid slate," and had acted ery