A Quadruple Murder Is Reported From 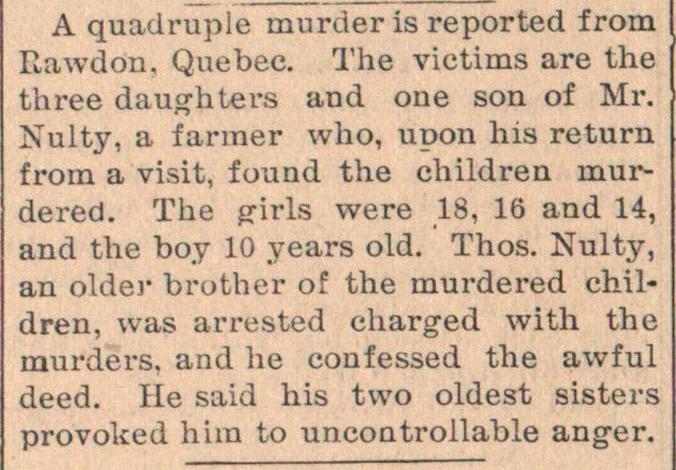 Rawdon. Quebec. The victims are the three daughters and one son of Mr. Nulty, a farmer who, upon his return from a visit, found the children nmrdered. The prirls were 18, 16 and 14, and the boy 10 years old. Thos. Nulty, an oTder brother of the murdered children, was arrested charged with the murders, and he confessed the awful deed. He said his two oldest sisters provoked hira to uncontrollable anger.