Humans have been trying to part the mysterious fog of the future for, well, just about as long as we’ve been around. It’s always handy to know if your crush is going to return your feelings before you show up at their house in a tuxedo made of roses and chocolates as a Grand Gesture That Can’t Possibly Go Wrong - Part 1. We’re all probably somewhat familiar with techniques like Astrology or Palmistry, but humans have come up with some truly wild ways to try and tell the future over the years. Humans have long looked to the four elements - fire, water, air, and earth - to help explain the way the world works, but we’ve also used the elements to try to forecast the future. Pyromancy, using fire to tell the future, is thought to be one of the oldest forms of divination and seems to have naturally arisen in cultures all over the world. In Asian cultures, the bones of animals were tossed into fires and the resulting cracks were examined as indicators of the future. You’re not here for the forecast, though, you’re here for codes! Search the AADL catalog for the type of animal whose shell was used in Japanese pyromancy to find your first code!

This badge has been awarded to 289 players

I can't seem to find the…

I can't seem to find the answer to the last clue, I tried searching health line and health but nothing came up

Here's another hint: You're…

Here's another hint: You're not looking for this code in the catalog, the word itself is entered as the code!

orinthomancy and other derivatives don't appear to work.. what am I missing?

You're looking for the name…

You're looking for the name of the roman religion that was based on Ornithomancy, you should find it mentioned in the first paragraph of the wikipedia article.

still struggling with this?

still struggling with this?

Who gets to the leg work on the badges - researching, writing the challenges and clues? It seems like a lot of fun, from this vantage point, at least. 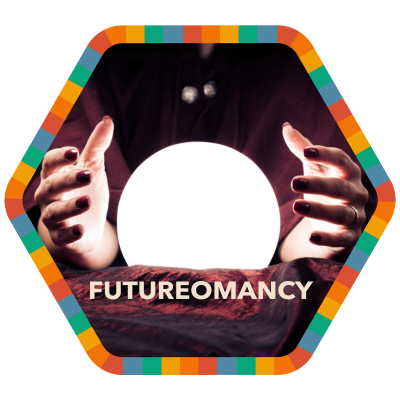