Have you ever had okra? In recent years southern cooking has become very popular in the restaurant scene - which means MORE okra for people that maybe didn’t know they wanted it! Okra is a food with truly international origins, and there is debate on where it came from FIRST, but in America it is indelibly tied with the African slave trade as it was brought over on the ships and widely cultivated and used by slaves in cooking  - so much so that it seems “so southern” but not everyone knows its origins. Okra has Southeast Asian roots too and is used in Asian cooking widely.  There are many varieties and it comes in various lengths and colors!

This badge has been awarded to 224 players

I click on the item it should be and it returns with "Sorry, the item you are looking for couldn't be found." Would you please check it?

That's for the first clue.

That's for the first clue.

After the third clue, you…

After the third clue, you get the message "Great job finding TSCIK!" (I'm using initials so I don't give it away), but that's not the right book. TSCIK is for another badge.

Ah, thanks for mentioning it…

Ah, thanks for mentioning it! We've fixed that message. Good catch! 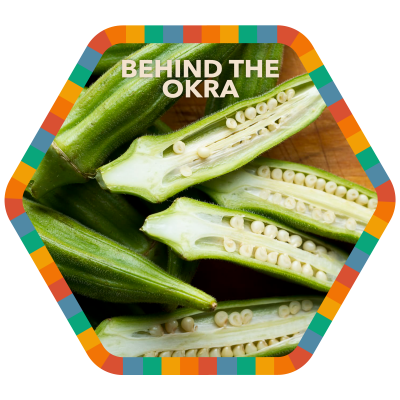