Edward Gorey is an American treasure and yet even though he has been worshipped by a small and dedicated group of people for decades he is still not really a household name. Many people KNOW his artwork visually or as part of the visual culture. His work has influenced the likes of Tim Burton, Neil Gaiman, and Guillermo Del Toro. One thing to be VERY clear on - despite the fact that Gorey did illustrate the covers of many children’s books the stories he wrote and illustrated were NOT for young children.  Which should be clear if you have ever read any of them.

This badge has been awarded to 158 players

The book for the third code…

The book for the third code says it can't be found.

Thanks for the note, you…

Thanks for the note, you were looking during a brief system outage! It's fixed and you should be able to follow the link now. Thanks for asking!

I just tried to click on the book and it is still coming up as not available. Very strange. 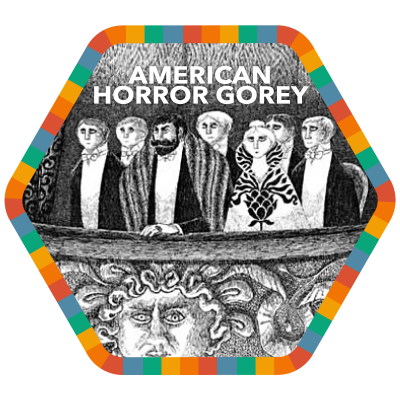