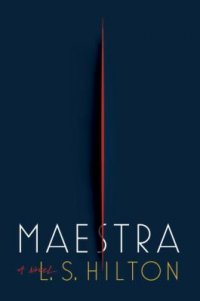 Maestra * *  (also in downloadable eBook and audiobook) by art critic/journalist  L.S. Hilton (Oxford) is a timely find, perfect for fans of Killing Eve as the end of Season 3 approaches. The first of a trilogy, this “deliciously Highsmithian thriller,” (Publishers Weekly) introduces a “21st century femme fatale as lethal as Tom Ripley and as seductive as Bacall.” (Vogue)

Conscientious, well-educated, and impeccably groomed, Judith Rashleigh, a junior at a prestigious London art house is barely making ends meet.  With her school loans coming due, she begins moonlighting as a hostess at a champagne bar. When she uncovers a shady scheme that the gallery is trying to pass off a fake Stubbs in an upcoming auction, she is fired. A trip to the French Riviera with a bar patron turns deadly, and Judith is forced to disappear.  Armed with just her wits and a talent for self-invention, she maneuvers her way onto a billion-dollar yacht cruising the Mediterranean, determined to stay ahead of the game and settle the score.

"Hilton also folds in soupçons of Gone Girl and The Girl with the Dragon Tattoo. The detailed sex scenes will also appeal to fans of the Fifty Shades series… Optioned for film with adaptation by Paula Hawkins [The Girl on the Train].” (Booklist) 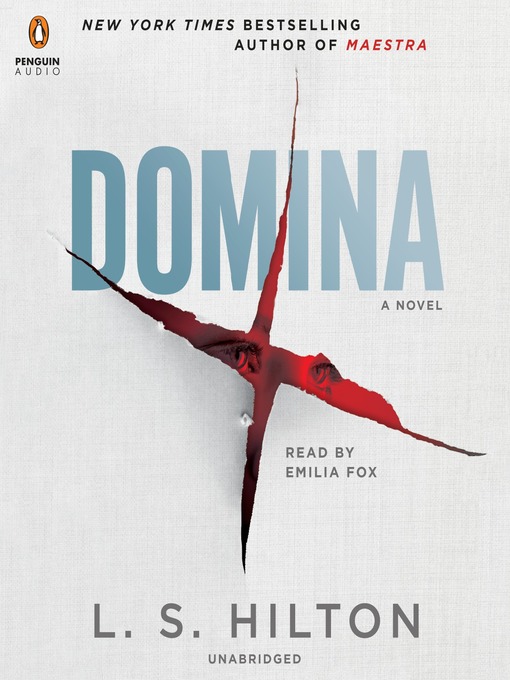 Domina * (also available in downloadable audiobook) is the sequel to Maestra. Judith now operates an art gallery in Venice as Elisabeth Teerlinc. When strange things begin happening in her home, Judith suspects someone knows her identity and what she has done. To save her hard-won new life, she must find a lost painting, one that most experts agree never actually existed.

“[A] shopathon travelogue thriller that has billionaires, art world scheming and a sociopathic heroine who can unfasten belt buckles with her tongue.” (The New York Times)