What better way to BLAST OFF the Summer Game than with a badge about Wes Anderson's Bottle Rocket!? WELCOME to the FIRST badge about his FIRST feature film. NOT ONLY was this 1996 film Wes's directorial debut, but it was the first big gig for now-famous brothers Luke and Owen Wilson! Are you FIRED UP and READY to LAUNCH into this badge about BOTTLE ROCKET? (Warning: some spoilers ahead!)

This badge has been awarded to 383 players

In the 3rd clue , I looked up “Dallas”, “Fort Worth”, “Hillsborough” and even “Comfort”: I can’t find the clue in any of these catalog-related resources:

You had the right idea with …

You had the right idea with "Hillsborough" -- but check the spelling! 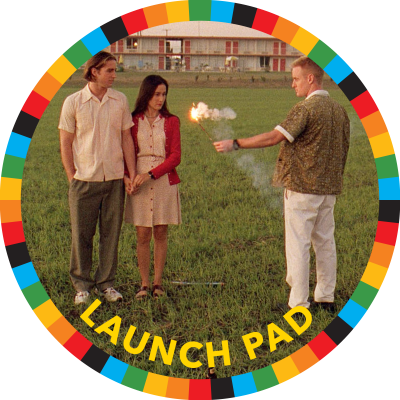