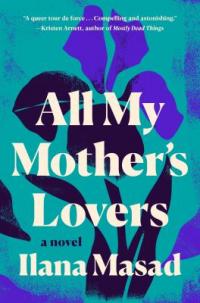 This “smart, heartfelt debut” (Publishers Weekly) - All My Mother's Lovers * (also in downloadable eBook and audiobook) by Ilana Masad is picked as one of Harper's Bazaar's "14 LGBTQ+ Books to Look For in 2020”; and O Magazine’s  LGBTQ Books That'll Change the Literary Landscape in 2020."

When 27-year-old Maggie Krause rushes home to Oxnard (CA) for her mother Iris’s funeral, to find her college-age brother Ariel despondent and her father, Peter, catatonic with grief. Among her mother’s papers are 5 sealed envelopes addressed to men she has never heard of. Hurt and curious, Maggie decides to hand deliver these letters, and to discover the truth about Iris, who made no secret of her discomfort with Maggie’s sexuality.

“Told over the course of a funeral and shiva, and written with enormous wit and warmth, All My Mother's Lovers… is (a) unique meditation on the universality and particularity of family ties and grief, and a tender and biting portrait of sex, gender, and identity.” (Publisher) 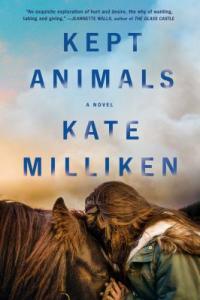 Another one of O Magazine’s  LGBTQ Books That'll Change the Literary Landscape in 2020”;  and Electric Lit’s 14 Highly Anticipated LGBTQ+ Books Coming This Spring, Kept Animals * by Kate Milliken, is “a riveting page-turner, an unforgettable story of loss and renewal," (Library Journal) that sweeps back and forth from Topanga Canyon in 1993 to Little Snake, WY, in 2015.

15-year-old Rory Ramos, stable hand at Leaning Rock Ranch where her stepfather Gus Scott is the lead horse trainer is also a skilled rider. She trains with wealthy (wild and undisciplined) twins June and Wade Fisk who both pursue her; but Rory is more intrigued and confused by her feelings for Vivian, the daughter of movie star Everett Price.  After Gus is involved in an accident that kills Vivian's little brother, relationships get extremely complicated as a devastating wildfire engulfs the canyon.

“In a separate narrative, Rory's daughter, Charlie, must untangle what actually happened between the group of friends 22 years earlier. Changing perspective throughout, Milliken excels at capturing each character's unique voice and perspective--particularly Rory's guarded quietness and Vivian's performed jadedness. Her attention to details of place and time, as well as the casual cruelties those of privilege can inflict on those who have less, provide astute undercurrents to the propulsive plot. Milliken's electric tale keenly documents the power of first love and the lingering hurt of trauma.” (Kirkus Reviews) 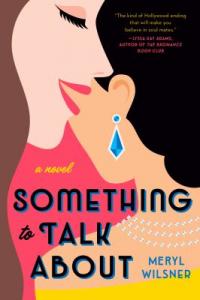 Something to Talk About * * * *  (also in downloadable eBook and audiobook) by Michigan author Meryl Wilsner (website).

Successful child-star turn showrunner Jo Jones is photographed on the red carpet sharing a private moment with her assistant Emma Kaplan, and rumors fly. The scandal threatens Jo’s upcoming new film, and their “no comment” response just  inflames the Paparazzi. As Jo and Emma spend more time together to launch the film project, and getting along famously, they begin to realize the rumor might not be so off base after all !!

“Their romance burns tantalizingly slowly as they navigate their professional relationship and budding feelings; Wilsner makes sure the reader knows both women intimately before allowing them to be intimate with one another, making the eventual payoff that much more rewarding. The supporting cast--among whom Emma's sister, Avery, especially shines--adds depth and dimension to this charming rom-com. This is a gem.” (Publishers Weekly)