The 1940’s was defined by World War II that had started in 1939 and the first half of the 40’s was dominated by it, RATIONING, and women taking important roles working in the factories while the men were fighting in Europe and Japan. VICTORY gardens were popular and many of our classic films were released in the 40s! Let’s dive in!

This badge has been awarded to 219 players

Get rid of the Y word. TB

Get rid of the Y word.
TB

Also, when typing in the…

Also, when typing in the second P word for the catalog search, it ends in y (not ie). 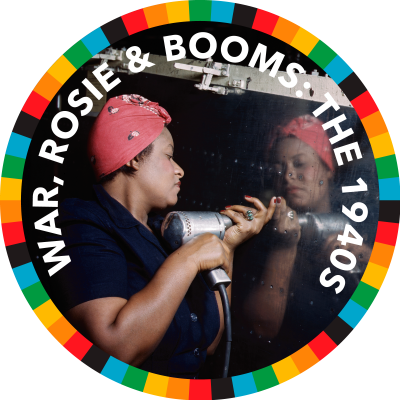