In 2007, Wes headed East -- FURTHER than he'd ever filmed before! His last film following the fantastical life of Steve Zissou was filmed around Italy. THIS TIME Anderson and many familiar-to-us cast and crew members headed to India for a film set on a TRAIN! That's right! The train known as The Darjeeling Limited is the backdrop for a heartfelt exploration of travel and brotherly love.

This badge has been awarded to 259 players

I've watched this clip a…

I've watched this clip a bunch of times. The businessman speaks at 2 different points in the scene; I've tried every combination and just can't get the code . . .

Your code is the first time…

Your SEARCH TERM is the first time he speaks, three words!

Yeah, that's what I've been…

Yeah, that's what I've been trying "that'smytrain" What am I missing?

Sorry about that, you are…

Sorry about that, you are SEARCHING for that line, and DO include the apostrophe to get the results you want!

i've entered it both ways,…

i've entered it both ways, with and without the apostrophe. Still no joy. thatsmytrain - didn't work.

Help! I tried Wes Anderson for the 3rd clue and i cant seem to get the code. Help Please!

The name you are looking for…

The name you are looking for is a FASHION designer that worked with Wes Anderson for this movie! The designer's initials are L. V.! 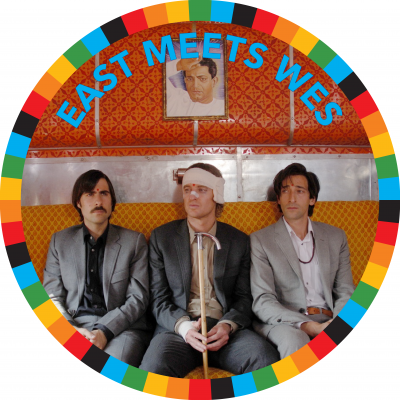