Keeping Up With Jones School

Jones School, or Jones Elementary School was another anchor of the Black community. The school was located in what is now Kerrytown. At its inception in 1867, the school was known as the Fourth Ward School and later Elisha Jones School. The building was replaced in 1922 and became known as Jones School at its dedication May 3, 1923. The school is now home to Community High, but let's take a look at some HISTORY to find out HOW.

This badge has been awarded to 225 players

What's a hyperlink? I…

What's a hyperlink? I googled it, and still don't understand!

They're also called links. Words, usually a different color or underlined, that you can click on to go to a different webpage. Thanks for asking!

If anyone else has trouble…

If anyone else has trouble with the second clue: leave out "Street" in the address when searching. Just search "4** N. D*******" took me FOREVER 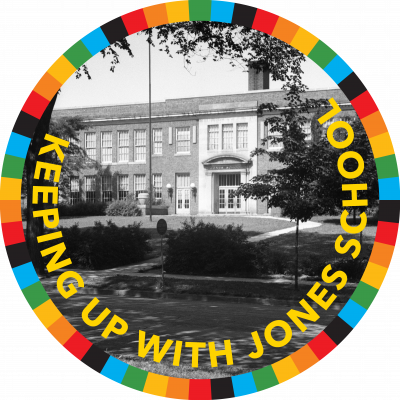