“Step Away from the Mean Girls…and say bye-bye to feeling bad about your looks. Are you ready to stop colluding with a culture that makes so many of us feel physically inadequate? Say goodbye to your inner critic, and take this pledge to be kinder to yourself and others.” ~ Oprah Winfrey 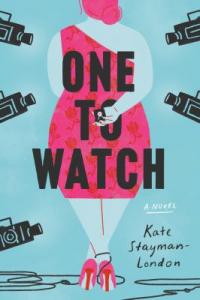 In Kate Stayman-London’s debut One to Watch, (also in downloadable eBook and audiobook),  30-year-old Bea(trice) Schumacher is a plus-size fashion and lifestyle blogger with a devoted following and a growing number of commercial sponsors. When her drunken late-night blog post raging against the lack of body diversity representation on Main Squeeze, a reality TV show (think The Bachelor) goes viral, she finds herself tapped to be the next star of the show, where 25 contestants compete for her hand. Still smarting from a hurtful break-up and hopeful the exposure will advance her brand, Bea signs on.

For 8 weeks, Bea is styled, pampered, polished and whisked off to exotic locales to be dazzled by her 25 suitors. While many are good, smart, and kind, not all of the men are there for the right reason. And a lifetime of body shaming has left her skeptical - whether she could truly find romance; and how the complex standards of female beauty affect the way we define ourselves, and who deserves to be seen...and loved.

“A long and entertaining if overstuffed novel about reality TV, romance, fat-shaming, and self-esteem that will appeal to rom-com fans…” (Library Journal) 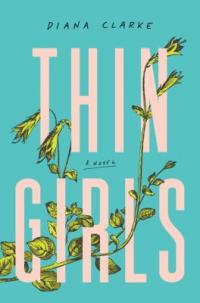 Thin Girls *  by New Zealand native Diana Clarke (also in downloadable eBook and audiobook) is a brutally honest examination of toxic diet culture and the tyranny of body image, but also the bond of twinhood; and the redemptive power of love and friendship.

Lily and Rose Winters have the special bond that twins share - they feel each other's emotions, and taste what the other is feeling, until high school. Peer pressure, teenage angst and family dynamics drive them towards the opposite spectrum of the eating disorder  - Rose stops eating and Lily consumes everything Rose won't.

Now in their 20s, Rose, the narrator is about to mark her one-year anniversary in a rehabilitation facility when she notices Lily, her sole visitor, is also struggling. A kindergarten teacher, Lily is involved with the abusive, married father of one of her students. To please him, Lily joins a cult diet group. Rose realizes she is the only one who could save Lily. To do that, she must start eating. When Rose and Lily seem to be at their breaking point, support and kindness come from the most unlikely sources, at once cathartic and life-affirming.

“This page-turner makes for an illuminating, ultimately hopeful look at the constant struggle women face regarding their body image.” (Publishers Weekly)

“The story (Rose) tells is as gripping as a thriller, but it’s Clarke’s language that truly makes this novel special. She writes with a lyricism that not only encompasses the grotesque and the transcendent, but also sometimes commingles the two… Incisive social commentary rendered in artful, original, and powerfully affecting prose.” (Kirkus Reviews)  For fans of Dietland by Sarai Walker.