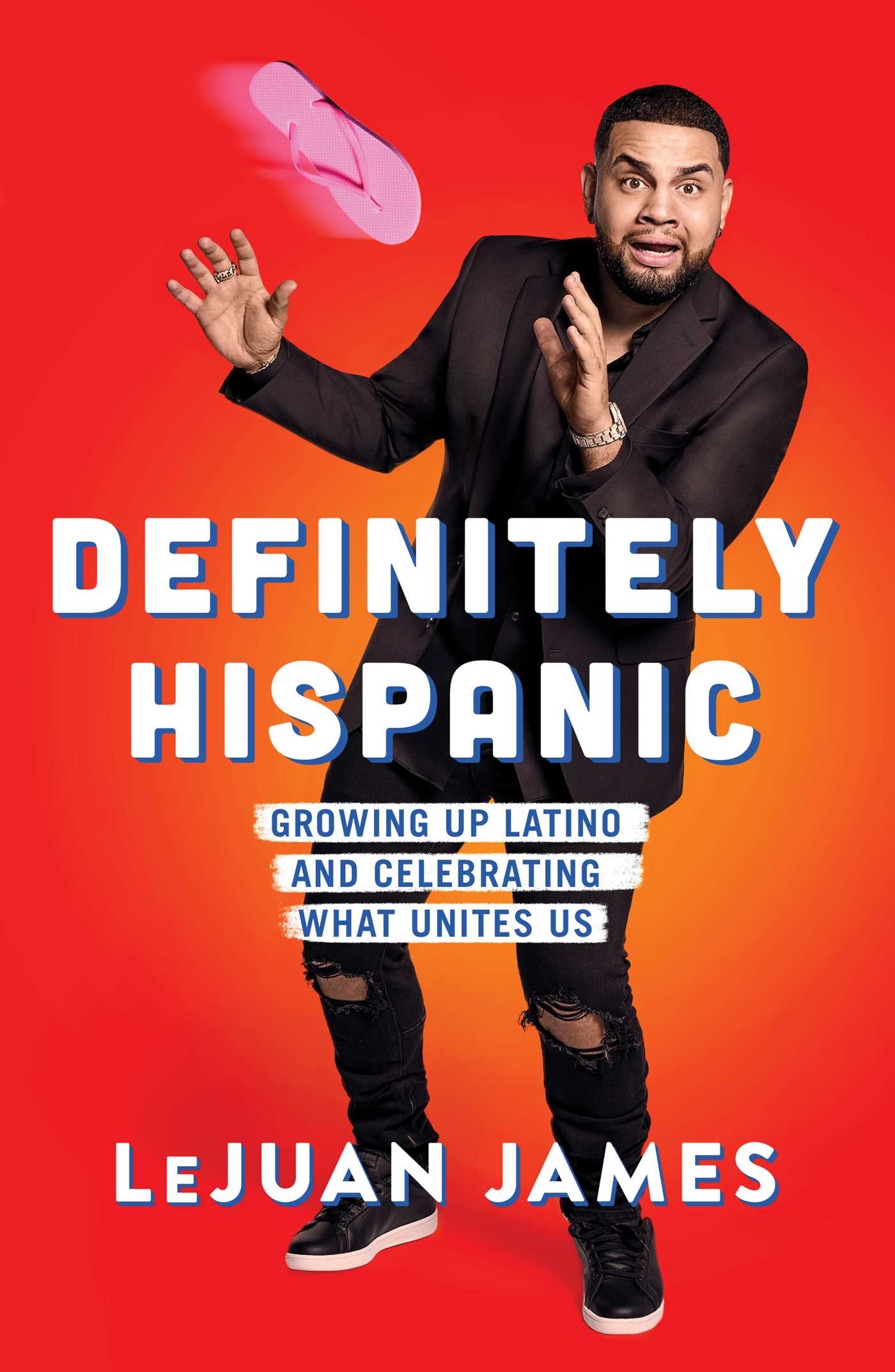 Definitely Hispanic is the first book from social media star LeJuan James. James is a bicultural and bilingual YouTuber who found viral success through making comedic videos of his experiences as a first-generation Hispanic-American. James uses both English and Spanish in his videos where he often parodies his parents in various scenarios from his childhood.

In addition, Definitely Hispanic is a collection of essays, each dealing with topics close to James’ heart. Written in an intimate way, he engages with readers and gives a direct visualization of life in a vibrant Hispanic family. A recurring theme throughout much of the book is gratitude, mostly to his parents. They were strict but caring and James quickly found that his house rules were very different from his American friends’. Even though he was frustrated at times with the many rules and guidelines he had to follow, James realized as he got older that he is incredibly proud of his heritage. He later understood that his parents’ strict actions were out of unconditional love. Although both of his parents often worked multiple jobs to make ends meet, James recalled never wanting for anything when growing up.

In the opening chapter #Home, James reflects on his upbringing in Central Florida. During this time he moved frequently between Puerto Rico and the U.S. and began to understand his identity as a Hispanic American. He longed for acceptance in American circles but also thoroughly enjoyed his summers in Puerto Rico. He played with his cousins and enjoyed foods like quesitos and drinking limber (fruit juice). In #LaPela, he hilariously explains the spanking his parents used on him when he misbehaved and how in many cases, he deserved to be punished. #HispanicFamilyGatherings, one of my favorite chapters, offers a look into various family celebrations. This includes telling of how competitive his family is regarding sports; celebrating the winter holidays with much fanfare; and embracing any outsiders who visit as family. In the chapter #DatingHispanicWomen, he offers his advice on dating Hispanic women and the unique situations that might arise. He advises bowing gracefully out of arguments he feels he’ll never win to embracing the loyalty and impassioned love they give.

One of the best aspects of this book is that he balances comedy and reflection well along with giving a realistic take on the content he covers. This book is enjoyable and full of many laugh-out-loud moments. Followers of his will immediately appreciate the familiarity of the YouTube videos they know and love. While many aspects of LeJuan James' content seem to appeal to Hispanic and Latino audiences, anyone looking for comedy along with a bit of education will surely enjoy this book. Definitely Hispanic informs and entertains.