The Who, The What, and the When 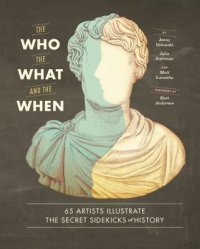 Roald Dahl called her “undoubtedly the absolute primary influence on my own life,” and Sofie Magdalene (Hesselberg) Dahl, his mother, was an indeed a master storyteller who wove the folklore of her Norwegian heritage into tales to entertain her 5 children. When Sofie enrolled him in boarding school, Roald repaid this kindness to her by writing her letters, telling her stories of his life for her amusement. He wrote her at least once a week for 32 years, and these letters that his mother kept are just a small part of what Roald Dahl gave the world through his words.

Louis Armstrong was employed by Louis Karnofsky from a young age and helped this coal merchant/junk dealer on his daily rounds. But Karnofsky was more than a boss to young Armstrong, he was a surrogate father and the man who bought him his first horn. Even as he became a famous jazz musician, Armstrong remembered the generosity and warmth of the Karnofsky family and to honor their Jewish heritage, wore a Star of David around his neck for most of his life. Armstrong was also fluent in Yiddish due to his time spent with this generous family.

These are just two of the 65 “secret sidekicks” in The Who, The What, and the When: 65 Artists Illustrate The Secret Sidekicks of History. Editors, Jenny Volvovski, Julia Rothman,and Matt Lamothe have put together a collection “highlighting some of history’s ‘unknowns’ along with their famed counterparts.” Not everyone written about here would be considered heroic today, but certainly influential, and the many writers and illustrators who write about them illuminate the idea that behind every influential person exists someone who helped them ascend. The unique illustrations befitt their subjects and help to create a collection that is fascinating for the mind and the eye.