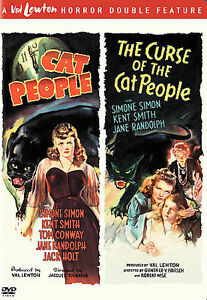 Despite a florid title suggesting cardboard castles and Halloween mask monsters, The Curse of the Cat People is a sublimely strange fantasy/drama more interested in exploring the psychology of children than perpetuating a hit film franchise. Seven year old Amy spends her days suspended in daydreams, making her an outcast at school and misunderstood by her career-minded parents. Her father punishes her over flights of fancy he interprets as lying; her mother frets but cedes most of the parenting duties to household servants. Amy's parents are haunted by the tragedy of the husband’s former wife, a troubled woman whose violent death was a defining moment in the lives of both partners. Amy knows nothing of this when she finds a photo of the beautiful, doomed woman and begins to fantasize about her as a glamorous imaginary friend.

Producer/screenwriter Val Lewton enjoyed a surprise horror hit with Cat People in 1942, but was reluctant to make a sequel despite pressure from studio bosses. His solution was simply to subvert the desires of the marketplace, accept the schlocky title assigned to him and follow his own muse. The result is a gentle, eerie fairy tale filled with bewitching images of shadows and snowstorms which surely disappointed horror fans of the day but stands alone as a uniquely affecting experience. The Curse of the Cat People can be found at the AADL on DVD, paired with the original classic that inspired its creation. Watch the sequel first.