Fabulous Fiction Firsts #754, “One is not born, but rather becomes, a woman.” ~ Simone de Beauvoir 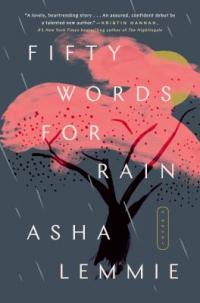 Fifty Words for Rain by Asha Lemmie (also available in downloadable eBook and audiobook) opens in 1948, at Kyoto, Japan, when an 8 year-old Nori(ko) was abandoned by her mother at the doorstep of her grandparents’ imperial estate, with the parting words - “Do not question. Do not fight. Do not resist.”  For the next 2 years, Nori was confined to an attic room, subjected to persistent beatings by her grandmother, and daily chemical baths to lighten her skin - a shameful reminder of the illicit affair between her mother, a married Japanese aristocrat and an African-American GI. Her only contact with the outside world was the rhythmic drumming of rain on the roof from season to season.

That was, until the unexpected arrival of Akira, her 15 year-old half-brother, the legitimate heir to the Kamiza estate, and a violin prodigy. The siblings formed an unlikely but powerful bond, a bond that their formidable grandparents could not allow, thus setting the stage for profound and unexpected consequences, irrevocably changing the lives they were meant to lead.

“(Debut novelist) Lemmie has a gift both for painting pictures with lush descriptions and for eliciting horror with the matter-of-fact way in which she recounts abhorrent acts. Lemmie intimately draws the readers into every aspect of Noriko's complex story, leading us through the decades and across the continents this adventure spans, bringing us to anger, tears, and small pockets of joy. A truly ambitious and remarkable debut.” (Booklist) 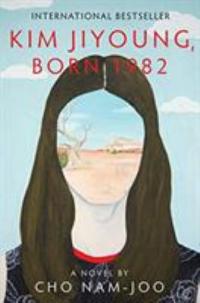 The novel opens in August, 2015, when 33 year-old Kim Jiyoung, a new stay-at-home mother, at the outskirts of the frenzied metropolis of Seoul, begins to exhibit strange symptoms that alarm her family. Often without warning, she speaks as if possessed by other women, alive and even dead, both known and unknown to her.  Her worried husband Jung Daehyun sends her to a male psychiatrist, whose clinical reports form much of the novel.

“Through four chronological milestones childhood, adolescence, early adulthood, and marriage Cho presents what happened in the prior 33 years that actuated Jiyoung's abnormal behavior; each period is marked by gross misogyny, from microaggressions to bullying to abuse to unrelenting dismissal. Cho's matter-of-fact delivery underscores the pervasive gender imbalance, while just containing the empathic rage.“ (Booklist)