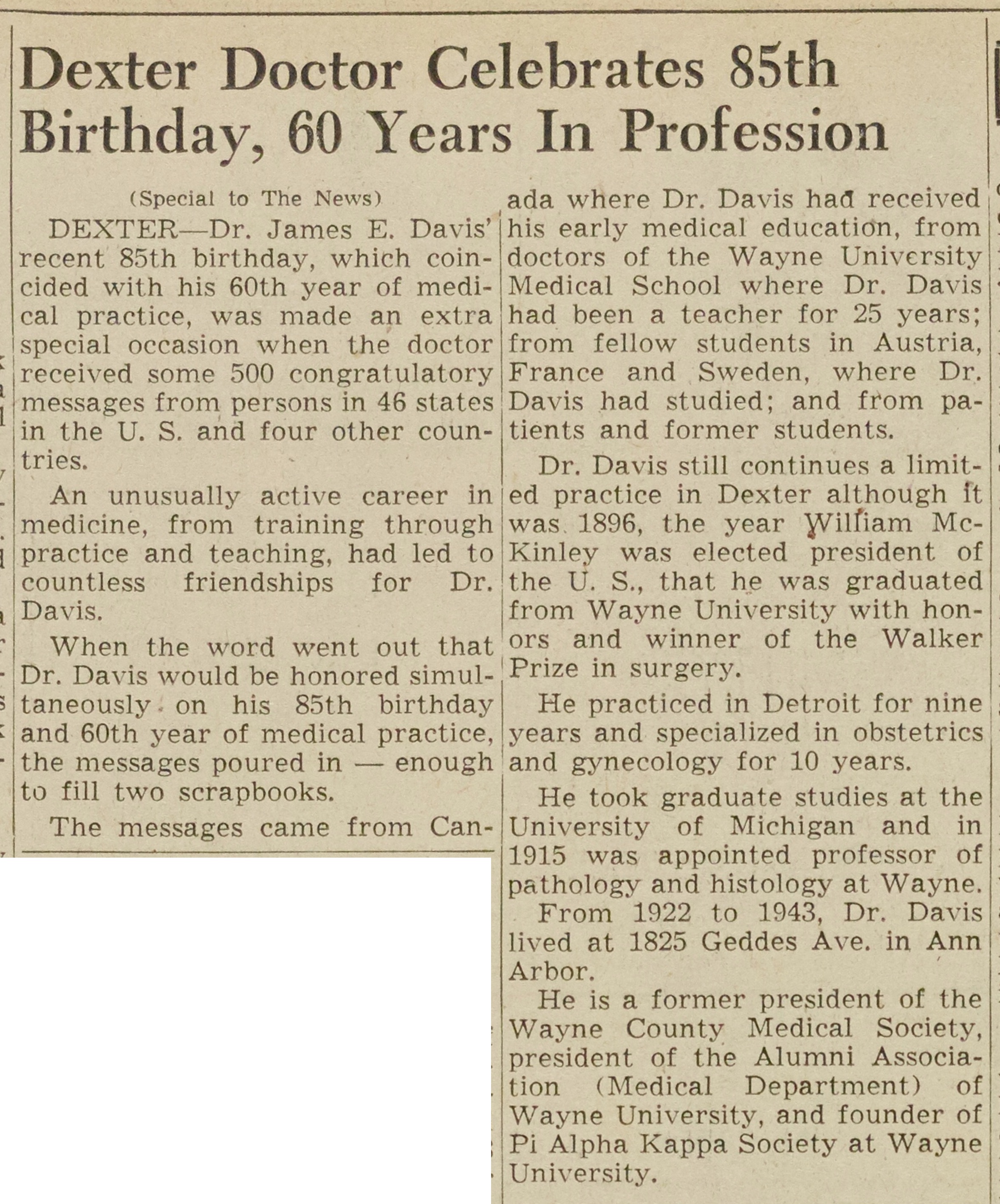 DEXTER - Dr. James E. Davis' recent 85th birthday, which coincided with his 60th year of medical practice, was made an extra special occasion when the doctor received some 500 congratulatory messages from persons in 46 states in the U. S. and four other countries.

An unusually active career in medicine, from training through practice and teaching, had led to countless friendships for Dr. Davis.

When the word went out that Dr. Davis would be honored simultaneously on his 85th birthday and 60th year of medical practice, the messages poured in - enough to fill two scrapbooks.

Dr. Davis still continues a limited practice in Dexter although it was 1896, the year William McKinley was elected president of the U. S., that he was graduated from Wayne University with honors and winner of the Walker Prize in surgery.

He practiced in Detroit for nine years and specialized in obstetrics and gynecology for 10 years.

He took graduate studies at the University of Michigan and in 1915 was appointed professor of pathology and histology at Wayne.