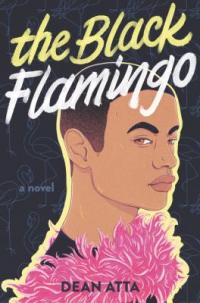 The Black Flamingo is a YA book written in verse by poet and performer Dean Atta. It’s a queer coming of age story that follows Michael, a teenager living in London who’s half Greek-Cypriot, half Jamaican. Readers follow Michael from a young child who would rather receive a Barbie than a Ninja Turtle for his birthday, to a high schooler sharing his feelings to his crush, to a young adult finding his place on a college campus. Atta’s verse is rich, and expounds the themes of love, identity, and belonging.

"Don't let anyone tell you

that you are half black

You are a full human

being. It's never as simple

as being half and half.

You are born in Britain.

You need to make space

for what British means."