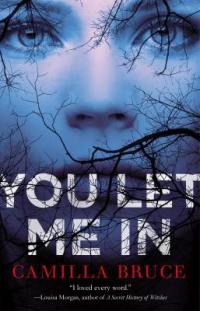 You Let Me In * * by Norwegian Camilla Bruce (who grew up in an old forest, next to an Iron Age burial mound) is a thrilling Gothic tale that combines the sinister domestic atmosphere of Shirley Jackson, the haunting mystery of Gillian Flynn, and the otherworldly romanticism of Holly Black. The Guardian reviewer called it (a) “smart, creepy fairy story.”

74-year-old bestselling romance novelist Cassandra Tipp has been missing for a year now. Though there is no evidence of foul play, the Police is convinced she is dead, and suspects her disappearance must be linked to the mysterious disembowelment of her husband, Tommy Tipps for which Cassandra was tried; and the subsequent murder-suicide of her father and brother.  To claim her massive fortune, her surviving heirs (nephew and niece) must come to her home in the woods, locate her final manuscript, and find a password and present it to the executor of her estate.

What they read is Cassandra’s story - fantastical and disturbing, dominated by the Pepper-Man, a sinister fairy with spindly, leathery hands who initiated her into the underworld. “Readers will find themselves engrossed on a wild trip to a parallel, earthly dimension as Bruce reveals the secrets hidden by the Tipp family's dysfunction. Remarkably, Bruce takes the fairy trope and squeezes every ounce of tweeness out of it; she also introduces ancient elements, akin to Celtic myths, without romanticizing or sanitizing them. The characterizations are masterful but don't take a back seat to an enthralling story, a genre-blender that perplexes us with its whodunit elements and the ongoing mystery as to what is in Cass' mind and what's real. Neil Gaiman fans are a ready audience for this superb debut...“ (Booklist) 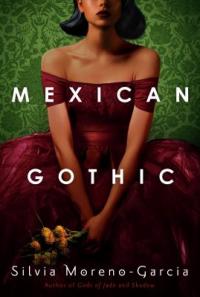 Readers might not want to miss the latest from Silvia Moreno-Garcia - Mexican Gothic, currently being adapted by Hulu into a series, (also available in downloadable eBook and audiobook) is a terrifying twist on classic gothic horror, set in 1950s Mexico.

After receiving a frantic plea from her newly-married cousin Catalina, glamorous debutante and college student Noemí Taboada travels from Mexico City to High Place, “(a) house...sick with rot, stinks of decay, brims with every single evil and cruel sentiment", where she finds Catalina bedridden from a mysterious illness, her new husband, the handsome Englishman Virgil Doyle menacing and alluring at the same time. Then she meets the dying patriarch Howard Doyle, head of a prominent English mining family that built their now-dwindling fortune on the backs of Indigenous laborers. Soon, Noemi finds herself plagued by horrifying dreams and visions, a peculiar fungus that grows everywhere.  Before long, Noemi fears for her own life as well as Catalina's.

"In a novel that owes a considerable debt to the nightmarish horror and ornate language of H.P. Lovecraft, the situations in which Noemí attempts to prevail get wilder and stranger with every chapter, as High Place starts exhibiting a mind of its own... Readers who find the usual country house mystery too tame and languid won't have that problem here.” (Publishers Weekly)

“An inspired mash-up of Jane Eyre, Ann Radcliffe’s The Mysteries of Udolpho, Dracula, Rebecca and that 1958 classic sci-fi movie, The Blob …Inventive and smart, [Mexican Gothic is] injecting the Gothic formula with some fresh blood.” (NPR’s Fresh Air) 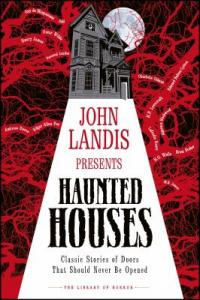