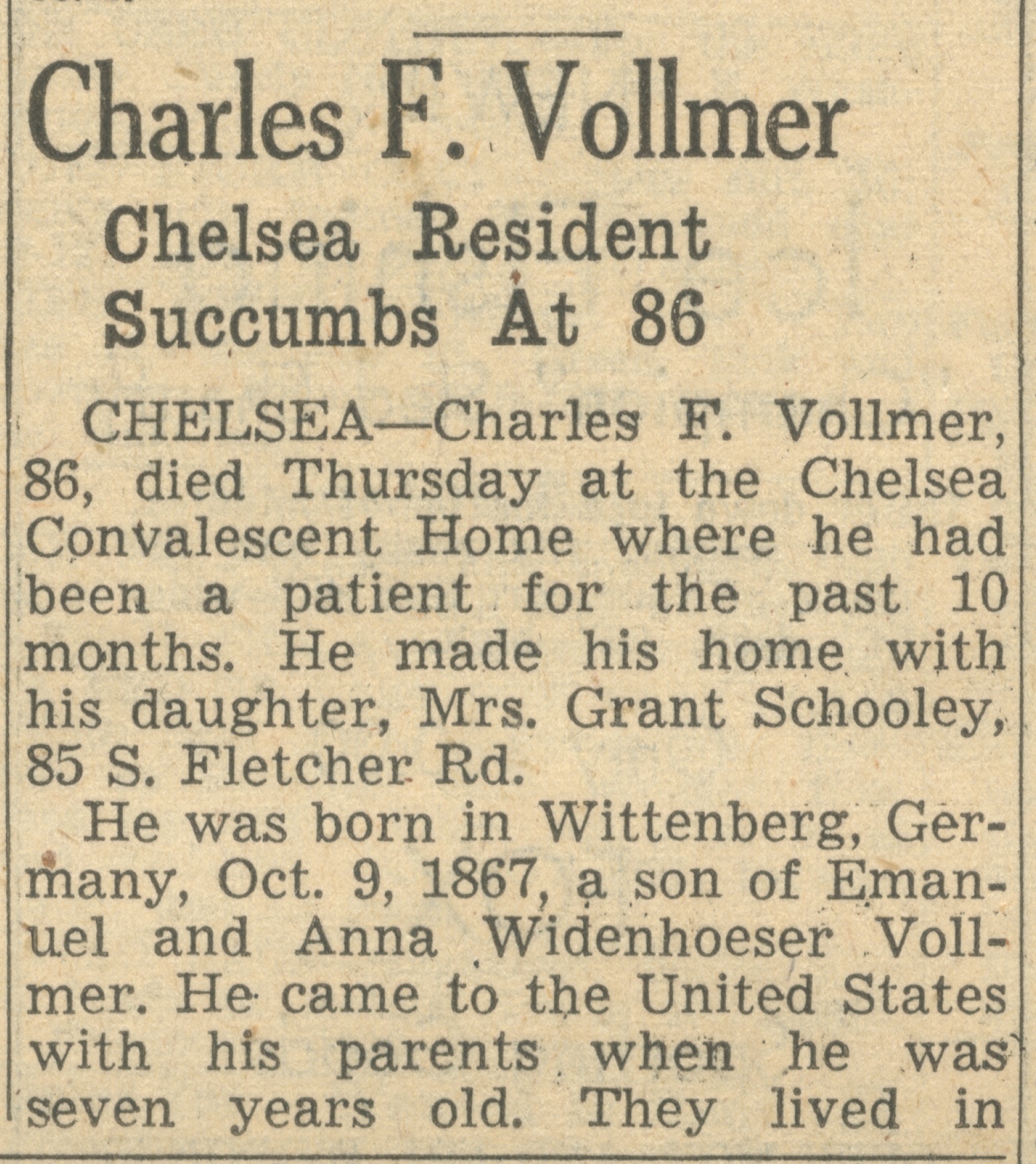 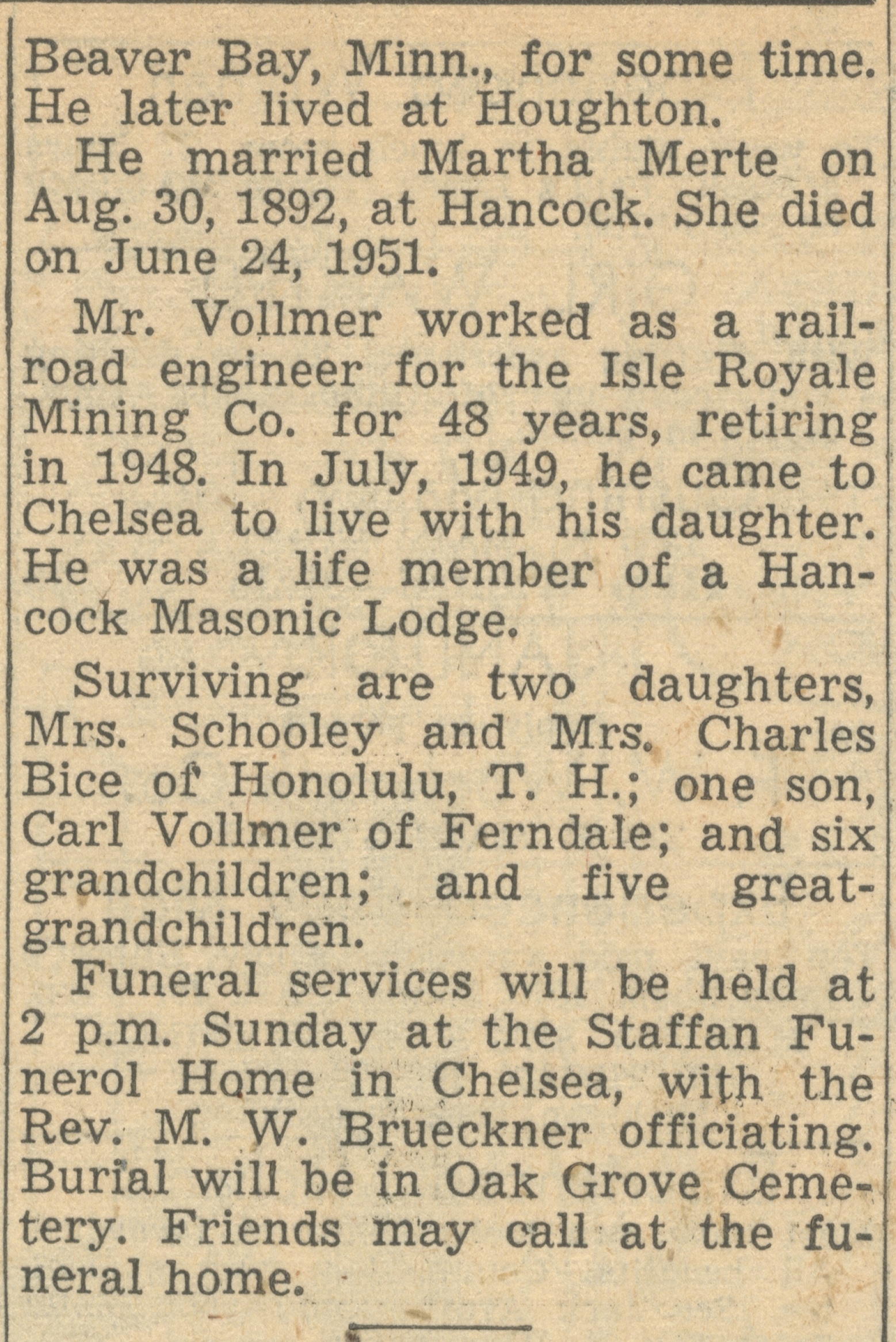 CHELSEA - Charles F. Vollmer, 86, died Thursday at the Chelsea Convalescent Home where he had been a patient for the past 10 months. He made his home with his daughter, Mrs. Grant Schooley, 85 S. Fletcher Rd.

He was born in Wittenberg, Germany, Oct. 9, 1867, a son of Emanuel and Anna Widenhoeser Vollmer. He came to the United States with his parents when he was seven years old. They lived in Beaver Bay, Minn., for some time. He later lived at Houghton.

Mr. Vollmer worked as a railroad engineer for the Isle Royale Mining Co. for 48 years, retiring in 1948. In July, 1949, he came to Chelsea to live with his daughter. He was a life member of a Hancock Masonic Lodge.

Funeral services will be held at 2 p.m. Sunday at the Staffan Funeral Home in Chelsea, with the Rev. M. W. Brueckner officiating. Burial will in Oak Grove Cemetery. Friends may call at the funeral home.