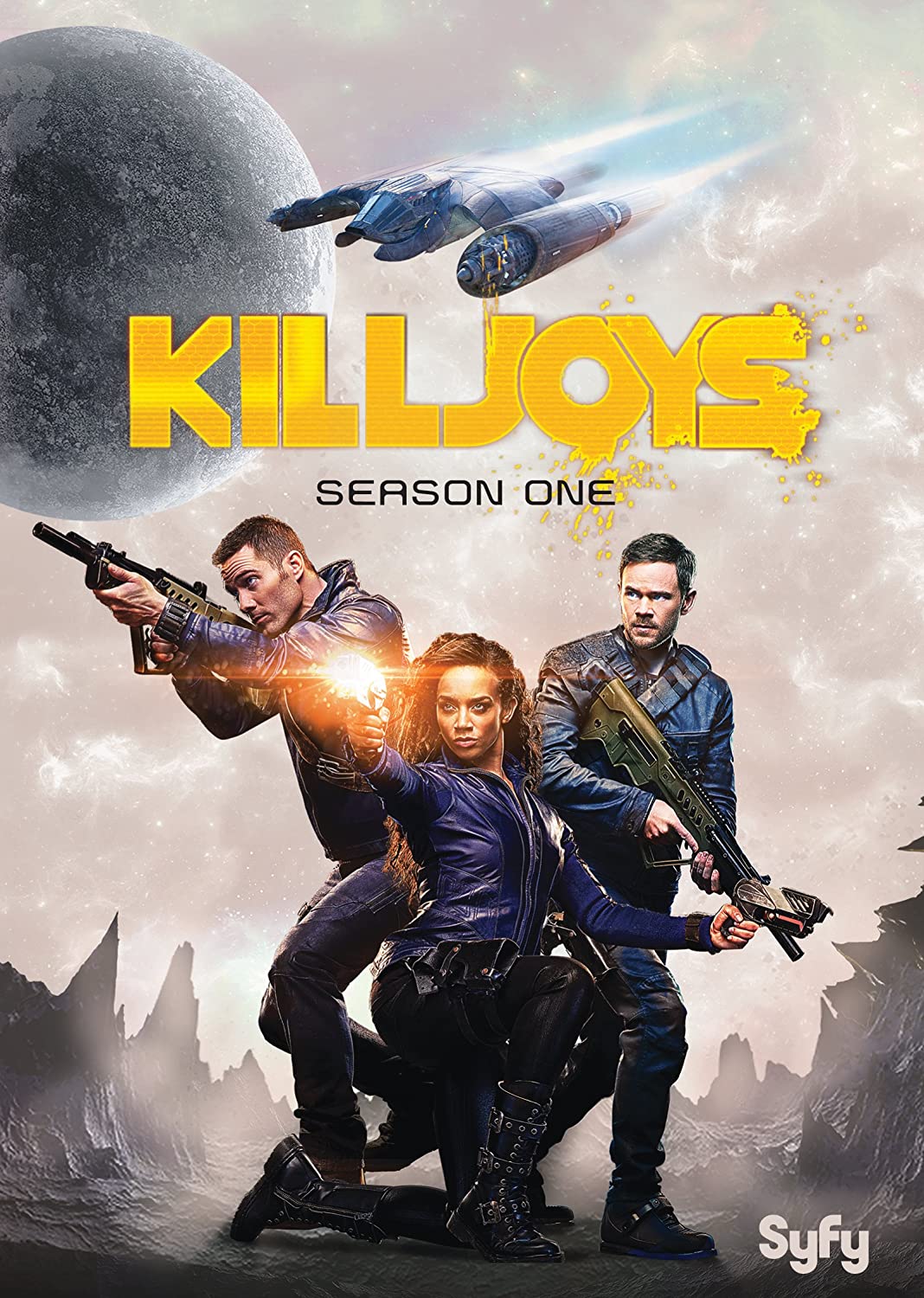 Killjoys, the five-season TV show (DVD, Blu-Ray), is a high intensity science fiction adventure full of fight scenes, space travel, and on-point humor. The story focuses on three scrappy bounty hunters who might just save the universe . . . after they make a stop at the bar.

Upon starting the series, you’d be forgiven if you thought you’d missed a few episodes; Killjoys drops you right into the action and bounces from location to location in “the J” star system, where Earth isn’t even a reference point. To get you primed: “killjoys” are interplanetary bounty hunters, “joy” is money, “Old Town” is something of a wild west slum town on the planet “Westerly,” and then there’s the “Qureshi” ruling class, whose dominant apathy toward the rest of the “Quad” is kinder than drawing their draconian attention. Don’t ask how the characters could realistically source all their cool gizmos and giant guns, or their dramatic hair and costume changes--just roll with the dynamic visual punch it packs.

This found-family of mercs hits as hard as they drink, but they always have each other’s backs, from the tough-as-nails princess/pirate/assassin Dutch, to the goofy-smart Jacoby brothers, to the sassy ship-AI, Lucy. Following the rules isn’t their strong suit—getting into, and out of crazy scrapes is much more their style. All told, the show is a grittier, flashier, stab-y-er version of Firefly.