Fabulous Fiction Firsts #760, “A friend may be waiting behind a stranger's face.” ~ Maya Angelou, Letter to My Daughter 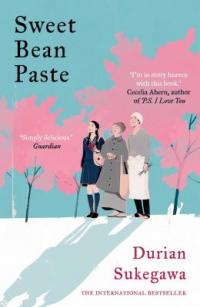 Translated (by Alison Watts) into English for the first time, Sweet Bean Paste, by former journalist/essayist Durian Sukegawa is a contemporary tale about the burden of the past and the redemptive power of friendship.

Once Sentaro Tsujii dreamed of being a writer but now, released from prison, estranged from his family, he fills his day making and selling dorayaki, a type of pancake filled with sweet bean paste and his nights drinking to oblivion.  But everything changes on a spring day during cherry blossom season. Into the tiny confectionery shop walks 76-year-old Tokue Yoshii, offering to work for pittance. As the two work together, a friendship develops though Tokue is evasive about herself and where she lives. Despite her disfigured hands, she teaches Sentaro the fine points in making the best sweet bean paste, and business flourishes.

Among the many customers who flock to the shop is Wakana, a lonely schoolgirl who befriends Tokue. But then, social pressures become impossible to escape and Tokue’s dark secret is revealed, with devastating consequences.

“Inspired by the 1996 repeal of Japanese legislation that for more than a century inhumanely confined patients with Hansen's Disease (leprosy), and their families, Sukegawa-enabled by Watts's lucid translation-tells an endearing, thoughtful tale about relationships and the everyday meaning of life.”(Library Journal)

“A bittersweet confection about prejudice and friendship.” (The Guardian) 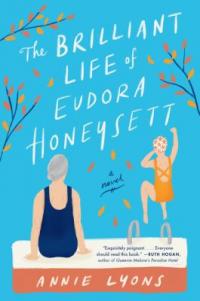 The Brilliant Life of Eudora Honeysett by Annie Lyons (also available in downloadable eBook and audiobook) is a moving and joyous novel about an elderly woman ready to embrace death and the little girl who reminds her what it means to live.

85 year-old Eudora Honeysett is done enduring the pains, weakness, and indignities of old age. She becomes aware of an alternative from a chance meeting at the local hospital. After a life of grief, disappointments and missed opportunities, her end will be on her terms, with the help of a clinic in Switzerland.

Then she meets ten-year-old Rose Trewidney, her new neighbor - “a whirling, pint-sized rainbow of sparkling cheer” who, despite Eudora’s resistance, gamely insinuates herself into Eudora's daily routine, and soon, their twosome is joined by recently widowed Stanley Marcham in a series of adventures.

“British author Lyons builds a certain and compassionate case for why her protagonist wants to go through vibrant flashbacks that reveal the depth of Eudora's character and sources of despair. Teeming with curmudgeonly elders and precocious youngsters, Lyons' touching tale of intergenerational friendship is reminiscent of Frederik Backman's A Man Called Ove (2014). Despite the somber underlying subject, this is a thoroughly enchanting feel-good read.” (Booklist)