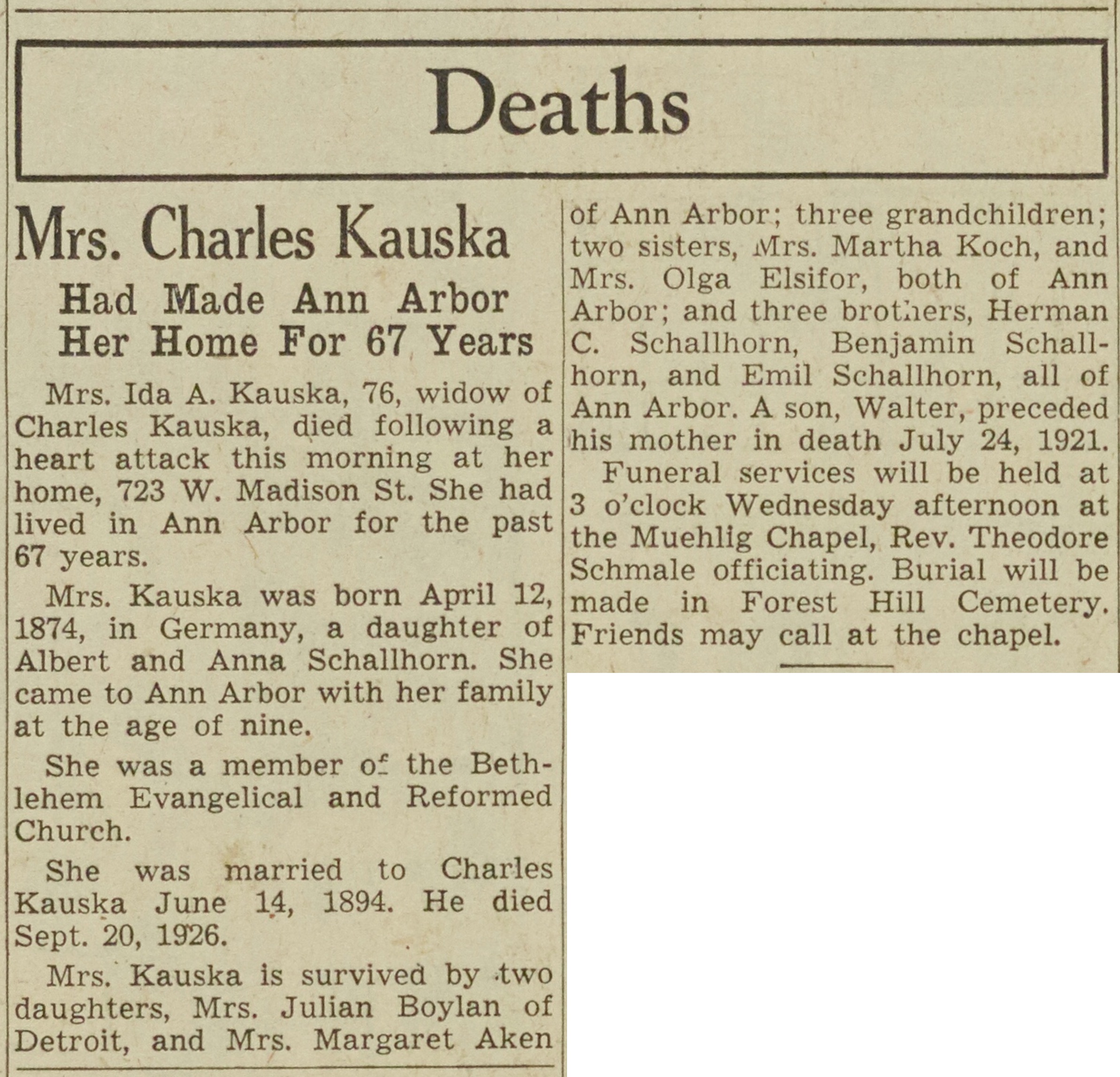 Mrs. Ida A. Kauska, 76, widow of Charles Kauska, died following a heart attack this morning at her home, 723 W. Madison St. She had lived in Ann Arbor for the past 67 years.

Mrs. Kauska was born April 12, 1874, in Germany, a daughter of Albert and Anna Schallhorn. She came to Ann Arbor with her family at the age of nine.

She was a member of the Bethlehem Evangelical and Reformed Church.

Funeral services will be held at 3 o'clock Wednesday afternoon at the Muehlig Chapel, Rev. Theodore Schmale officiating. Burial will be made in Forest Hill Cemetery. Friends may call at the chapel.