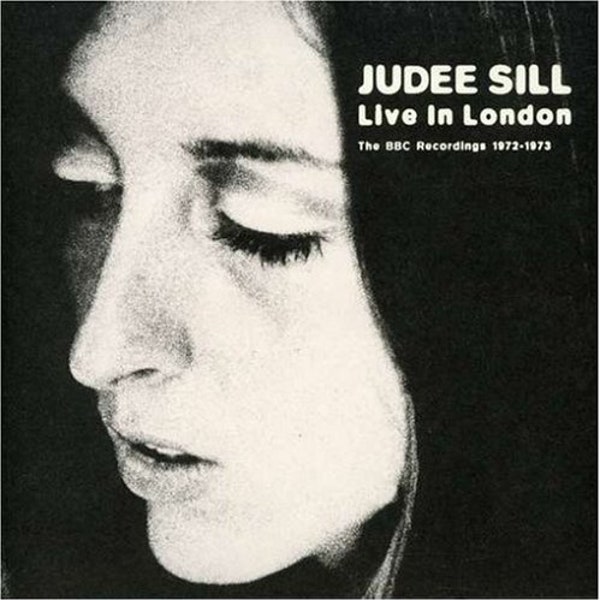 Judee Sill’s Live in London: The BBC Recordings 1972-1973 makes an excellent introduction to the haunting beauty of this once-obscure singer/songwriter’s unique work. Signed to Asylum Records in 1971, her two LPs enjoyed national publicity (including an early Rolling Stone cover) that didn’t lead to major sales, resulting in a brief but eventful career. Mostly ignored by radio stateside, she twice toured England to a warmer welcome, gaining glowing press, television appearances and the chance to perform live on the BBC, the source for the recordings on Live in London.

The music draws from classical, gospel and country/western styles, her clear, pure plaintive voice accompanied by her own deftly plucked guitar or stately piano. Weaving a gentle, ethereal veil around kaleidoscopic verse about bravery in the face of apocalypse, awe at witnessing the infinite and the longing for a righteous, romantic hero/messiah, her songs sound like prayers, like hymns, like someone yearning for eternity in the dark. Both studio LPs are exceptional, but Live in London’s advantage is a stripped-down, unadorned Judee, delivering her songs alone with a captivating intimacy upon which orchestral flourishes and background singers could only intrude.

Judee lived briefly and in tumult. After leaving Asylum her career faded, and she suffered ill health and poor choices before dying young in 1979. Reissues of her rare titles in the 21st century spawned a small cult of wide-eyed admirers, and the 2020s could be her biggest decade yet; the New York Times recently ran a belated obituary noting the 40th anniversary of her death, and a documentary is currently in post-production. In this digital age, her music is more accessible than ever before, and just in time.