“It is not the mountain we conquer, but ourselves.” ~ Edmund Hillary 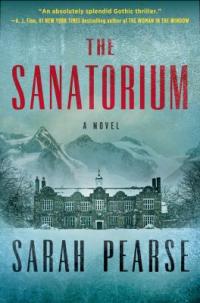 The Sanatorium * by Sarah Pearse (also available in downloadable eBook and audiobook). Elin Warner, British police detective on extended leave (there is more to that backstory) travels with her boyfriend Willy Riley, to Le Sommet, a 5-star ski resort in the Swiss Alps, at the invitation of her estranged brother Isaac, to celebrate his engagement to their childhood friend Laure Strehl. Arriving in the midst of a snow storm, they soon find themselves totally cut off from the outside world. When Laure, a manager of the resort, disappears overnight, Elin suspects foul play, and her brother as the most likely suspect. Afterall, wasn’t Isaac responsible for the death of their younger brother, Sam?

As bodies are discovered, including that of Laure’s, it’s clear that a killer is on the loose among the remaining guests and staff. With police unable to reach the resort, Elin assumes the role of investigator, and soon focuses on the sordid history of the resort, once a sanatorium for tuberculosis patients.

“Pearse not only creates believably fallible characters, she also vividly portrays the frigid landscape of Le Sommet buffeted by blizzards, and a chilling epilogue cries out for a sequel.” (Booklist) 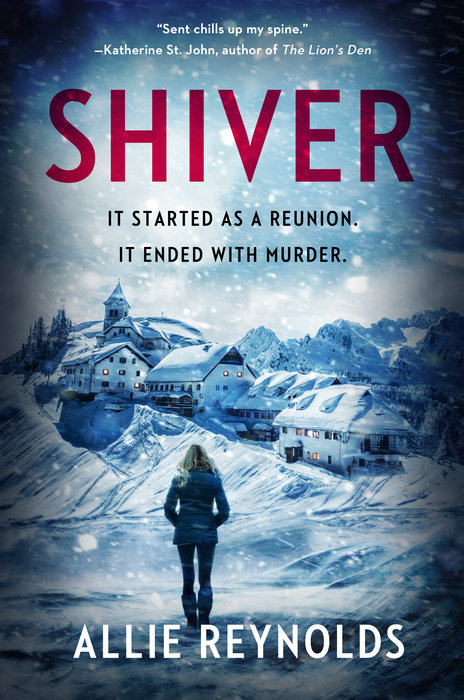 Shiver (eBook and also available in downloadable audiobook) by Allie Reynolds, is set in the French Alps where 5 friends at a reunion weekend are stranded at Le Rocher, a remote ski resort during a snowstorm.

Curtis, Milla, Brent, Dale, and Heather have not seen each other for over a decade since that winter they spent training for an elite snowboarding competition, and Saskia, the sixth member of their group, vanished and presumed dead. Yet no sooner do Milla and the others arrive for the reunion than they realize something is horribly wrong. The cable cars that delivered them have stopped working, their phones disappear, electrical power is intermittent, food supplies vanish.

“Finding out what’s going on tests the physical and mental endurance of Milla and the rest of the crew. Winter-sports fans are in for a treat here, as are all who enjoy a tale of extremes; the fierce competition between women characters is also a bonus. The answer to who’s pulling the strings here is a little incredible, but overall this debut is an atmospheric winter treat. Recommend it to those who enjoyed recent tales of reunions gone awry, such as Laura DiSilverio’s That Last Weekend (2017) and T. M. Logan’s The Vacation (2020).” (Booklist)

"The sometimes-grisly action has a palpably visual immediacy to it—it comes as no surprise that this debut novel has already been picked up for television.... This suspenseful debut thriller by a former freestyle snowboarder contains both style and substance.“(Kirkus Reviews)