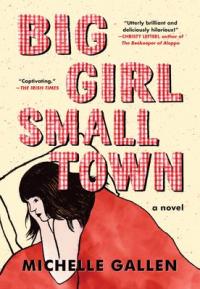 Aghybogey is a small fictional town in Northern Ireland still haunted by The Troubles, where every family has been changed by the lingering divide between Protestants and Catholics. This is where we meet up with our heroine, 27 year-old Majella O’Neill, as captivating as she is unique.

Since her father Gerard’s disappearance after Uncle Bobby was killed in an IRA incident, Majella is the sole supporter of her alcoholic, lay-about, drama-queen of a mother. Her predictable routine is punctuated by her daily walk to the evening shift at the A Salt and Battered chip shop, binging on DVDs of Dallas (she used to watch with her Dad), and her nightly solitary after-hours fish and chips dinner, packing on weight that renders her socially invisible.

Being on the autism spectrum Majella “keeps a running list in her head of top 10 things she likes and dislikes. The dislikes list actually runs to a full 97 items, with subcategories, but she sometimes thinks it could be distilled to one item: other people.”  Now with the murder of her granny Maggie, her family is once again in the public eye, and the subject of local gossip and speculations.

“Majella is a compelling character caught in a fascinating slice of time, and her journey is exquisitely rendered. With echoes of Gail Honeyman's Eleanor Oliphant Is Completely Fine crossed with the 1990s-set British sitcom Derry Girls, this debut is recommended for fans of Ottessa Moshfegh, Emma Donoghue, and Sally Rooney” (Library Journal)