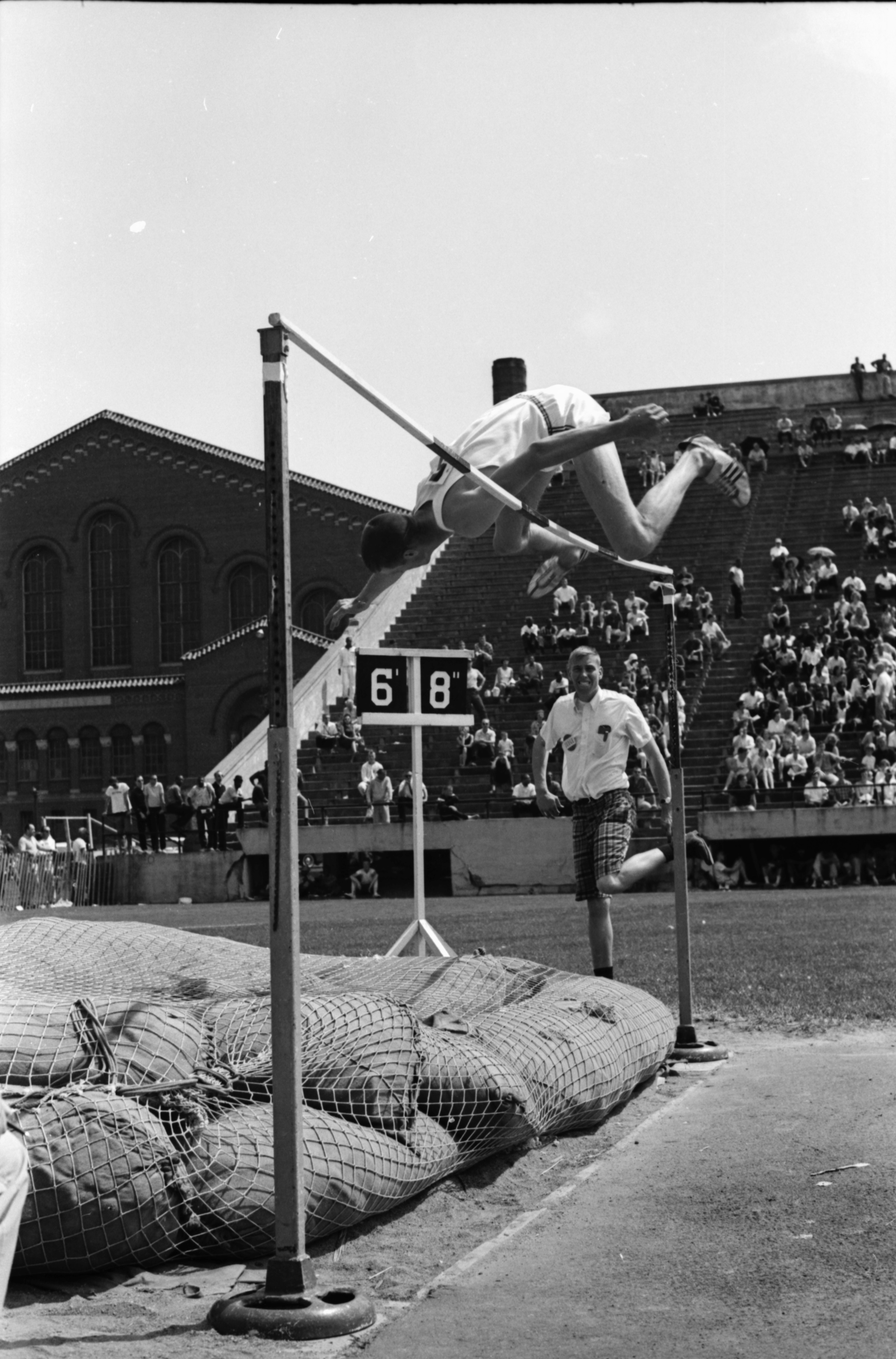 Published In
Ann Arbor News, May 25, 1964
Caption
RECORD-MAKING JUMP: Ann Arbor High's Ken Dyer brought a roar from the crowd when he cleared the bar on this jump to establish a new state Class A record. Caught in the drama of the moment is Ted Fraumann, on of the officials, who kicks his leg as Dyer clears the bar. After Dyer made the jump an official measurement was taken and the height was 6 feet 7 3/4 inches instead of 6-8 as posted.
Month
May
Year
1964
Rights Held By
Donated by the Ann Arbor News. © The Ann Arbor News.
Copyright
Copyright Protected
Related
Ann Arbor's Dyer Goes Up, Up, Up