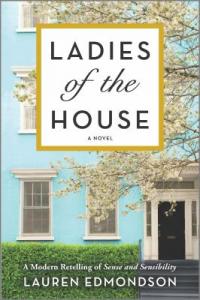 Ladies of the House : A Novel * (also available in downloadable eBook and audiobook) by Lauren Edmondson is a contemporary retelling of Jane Austen's Sense and Sensibility.

When Sen. Gregory Richardson is found dead in the arms of his young mistress, it falls to Daisy Richardson to keep her family together. Forced to take a leave as chief of staff for a progressive senator from Maryland, Daisy must convince her mother Cricket to sell the family home in Georgetown they can no longer afford, nevermind that it has been in the family for generations. Then news breaks that the Senator has been under investigation for financial misconduct.  Whatever resources they manage to salvage would now be garnered as restitution.

Wallis, Daisy’s younger sister seems determined to move on but falls hopelessly for the most inconvenient person - the son of the late Senator’s arch rival, and one with political ambitions of his own. The only bright spot for Daisy is her life-long friendship with journalist Atlas Braidy-Lowes, just returned from his London assignment and newly engaged. His next project - to write an exposé on the one subject Daisy is desperate to avoid: her father.

“As Atlas uncovers the widening scope of the senator's crimes, the novel finds Austen's themes alive and well in contemporary society, where women must choose between nice or powerful men and are left without options if a man behaves badly while they try to balance their hearts, careers, and reputations in search of happiness. This retelling is a witty success.” (Publishers Weekly)

“A great choice for book groups (a reader's guide is provided).” (Booklist) 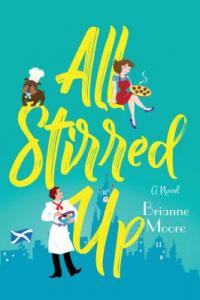 All Stirred Up is inspired by Jane Austen’s Persuasion. Brianne Moore “brings foodies and rom-com lovers together in this tasty delight of a debut.“ (Booklist)

When bad management forces the family to close all of their restaurants, Susan Napier returns to  Edinburgh, intent to save Elliot’s, her grandfather’s beloved flagship. She is not amused when she realizes Chris Baker, her grandfather’s former protége AND her ex-boyfriend, is also back in town to open his own restaurant down the street.

A celebrity chef and the judge of a popular TV cooking competition, Chris is wary and still deeply hurt by their rocky breakup, but the competitive food scene and staffing snafus force them to re-engage. When they are tricked into competing against one another in a cooking showdown during the city's food festival, all bets are off.

“This chaste love story, peppered with just the right amount of family drama, foodie descriptions, and rom-com hijinks, is a treat.” (Publishers Weekly) 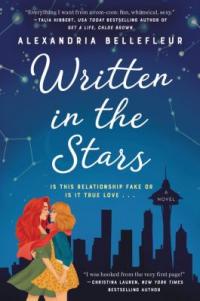 In this charming queer rom-com debut, a free-spirited social media astrologer agrees to fake a relationship with an uptight actuary.  After a disastrous blind date, Darcy Lowell is desperate to stop her well-meaning brother from playing matchmaker ever again. So she fibs and says her latest blind date was a success. Elle Jones, an astrologer, dreams of finding her soulmate. But she knows it is most assuredly not Darcy.

When Darcy begs Elle to play along, they agree to help each other navigate the difficult holiday dinners with families. The last thing they expect is to develop real feelings during a fake relationship.